NEW YORK (WCBS 880) -- Mayor Bill de Blasio wants to take care of a loud problem — so he decided to crush it.

Illegal dirt bikes and ATVs, that is — he was on Staten Island to “send a message” that those kind of vehicles don’t belong in New York City.

“Don't even think about it, because the NYPD will find it and we'll crush it. It’s as simple as that. We're not playing games,” said de Blasio. 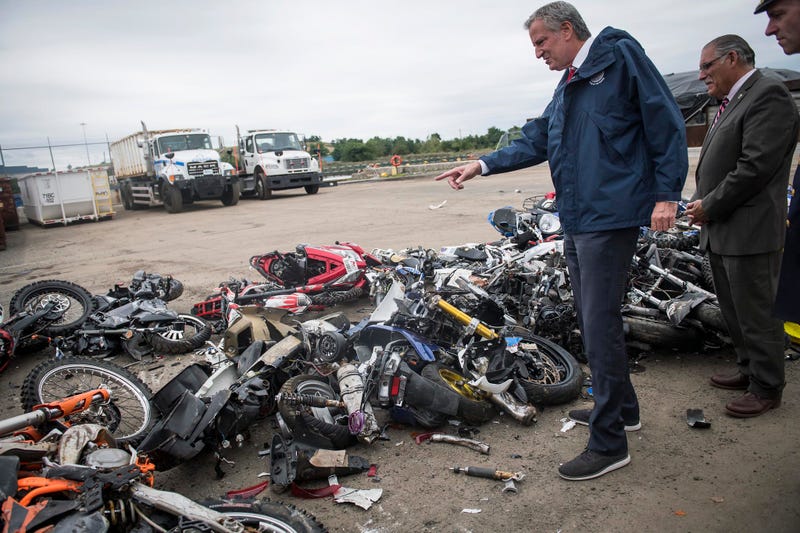 De Blasio was at the Fresh Kills Landfill to preside over the crushing of 50 of the seized vehicles, which represent about 2% of what the NYPD said it has brought in so far this year.

The loud, sometimes dangerous rides through city streets have been a consistent complaint for years.

"We need to make clear that we're just not going to tolerate this kind of illegality and here's a very visual way to get our point across," de Blasio said as two bulldozers mangled the bikes. 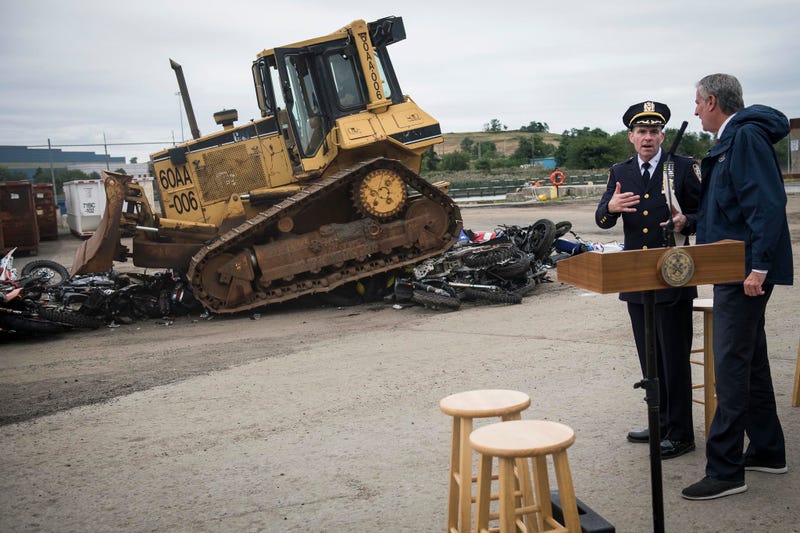