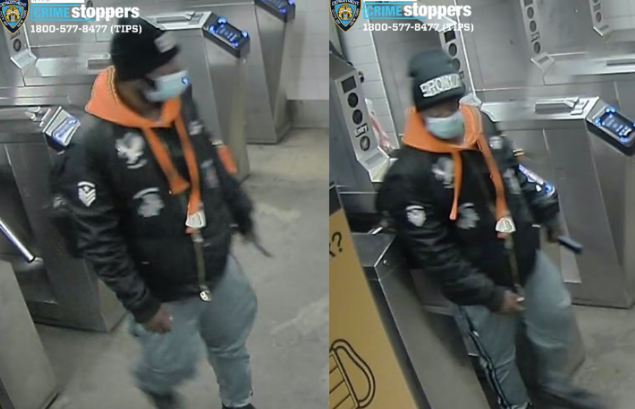 NEW YORK (1010 WINS) -- A man attacked a woman with a sock full of coins in front of her 8-year-old son on a subway train in the Bronx last week, the NYPD said Tuesday.

The 45-year-old woman and her son were riding a northbound 6 train into the Hunts Point Avenue station around 3:45 p.m. on Feb. 25 when a man kicked her in the foot and hit her in the head with a sock full of coins, police said.

The woman was taken to NYC Health + Hospitals/Lincoln, where she was treated for a cut to her head, the NYPD said.

The man fled the train at the Hunts Point Avenue subway station and hadn't been arrested as of Wednesday morning, police said.

The NYPD didn’t say whether the man and the woman had any interaction prior to the attack.