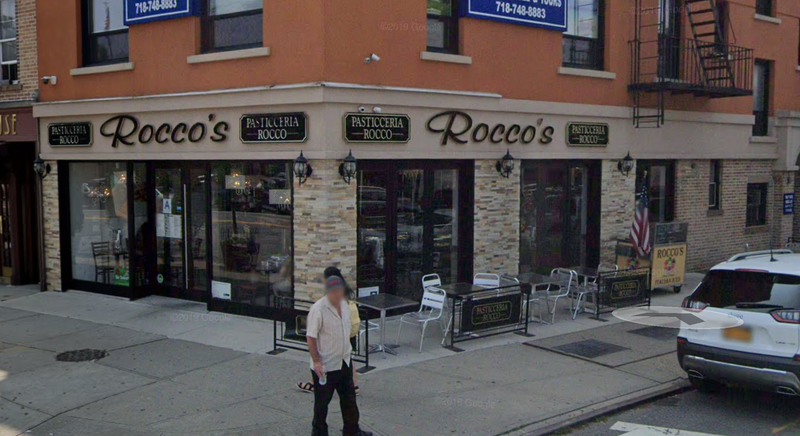 NEW YORK (1010 WINS) — The Independent Restaurant Owners Association is suing New York City Mayor Bill de Blasio seeking an injunction over the city-wide order that requires anyone to show proof of vaccination to enter restaurants, gyms, bars and other indoor venues — which went into effect this week.

"Faced with arbitrary, irrational, unscientific and unlawful vaccine mandates in the [executive order] enacted by Mayor Bill de Blasio putatively to curb the spread of COVID-10 and the so called "delta variant" — mandates that would severely impact Plaintiff-Petitioner's business, life savings and livelihood," the lawsuit says.

Pasticceria Rocco manager Mary Josephine Generoso, argued her reluctance toward the mandate was "not political," but rather to emphasize a push for "civil liberties and freedoms."

She placed a sign in the Bay Ridge, Brooklyn bakery and diner that read: "We do not discriminate against any customer based on sex, gender, race, creed, age, vaccinated or unvaccinated. All customers who wish to patronize are welcome."

De Blasio said during a press conference Tuesday that he disagreed with Generoso's belief that the “Key to NYC” program is discriminatory pointing to the need to promote public health and public safety — alluding to the use of driver's licenses.

Bloomberg reports de Blasio declined to comment on the lawsuit that argues COVID-19 restrictions have have “severely and irreparably damaged” businesses throughout the city.

De Blasio said Wednesday the city had the legal authority to implement these restrictions, according to the outlet.

Full enforcement of the program is set to begin on Sept. 13.