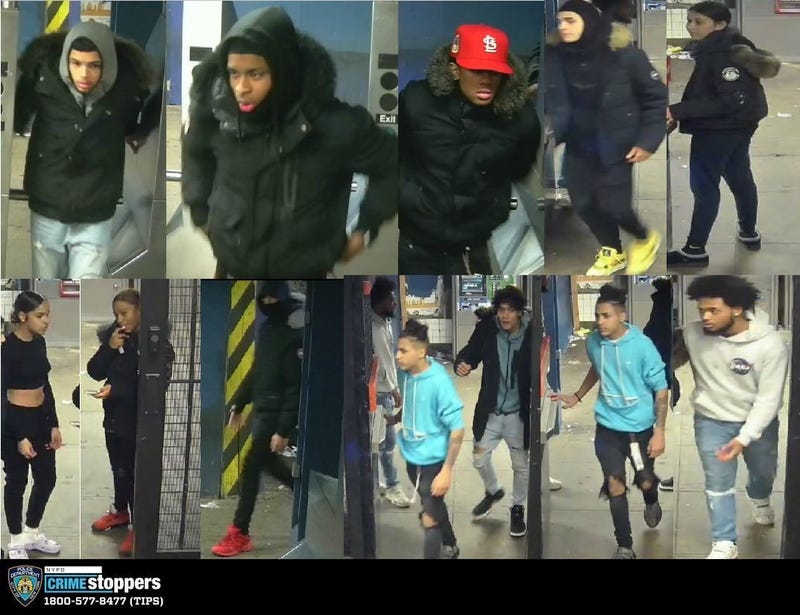 Several suspects wanted in connection with the death of a man who was fatally struck by a subway train on New Year's Day. Photo credit NYPD
By Erica Brosnan

NEW YORK (1010 WINS) — Two teenagers were arrested Friday in connection with the death of a good Samaritan who was fatally struck by a train at a subway station in the Bronx on New Year’s Day.

Authorities said the two teens, 17- and 16-year-old males, and three girls approached a 38-year-old man as he was waiting on the southbound B/D train platform in the Fordham Road subway station around 3 a.m.

At least one teen displayed a knife and began physically assaulting the victim, police said. During the assault, the man fell to the tracks as an oncoming train approached.

The teenagers fled the scene and a good Samaritan, identified as 36-year-old Roland Hueston, jumped onto the tracks in an attempt to rescue the first victim.

Hueston was fatally struck by the train during the rescue attempt.

The first victim was not struck but was transported to a local hospital to be treated for a broken arm. 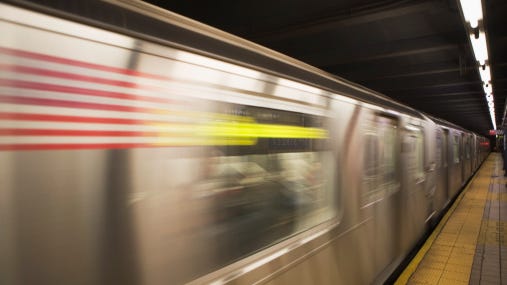 The investigation remains ongoing, according to police, and several suspects are still being sought.

Anyone with information in regard to this incident is asked to call the NYPD's Crime Stoppers Hotline at 1-800-577-TIPS (8477) or for Spanish, 1-888-57-PISTA (74782). The public can also submit their tips by logging onto the CrimeStoppers website or on Twitter @NYPDTips. 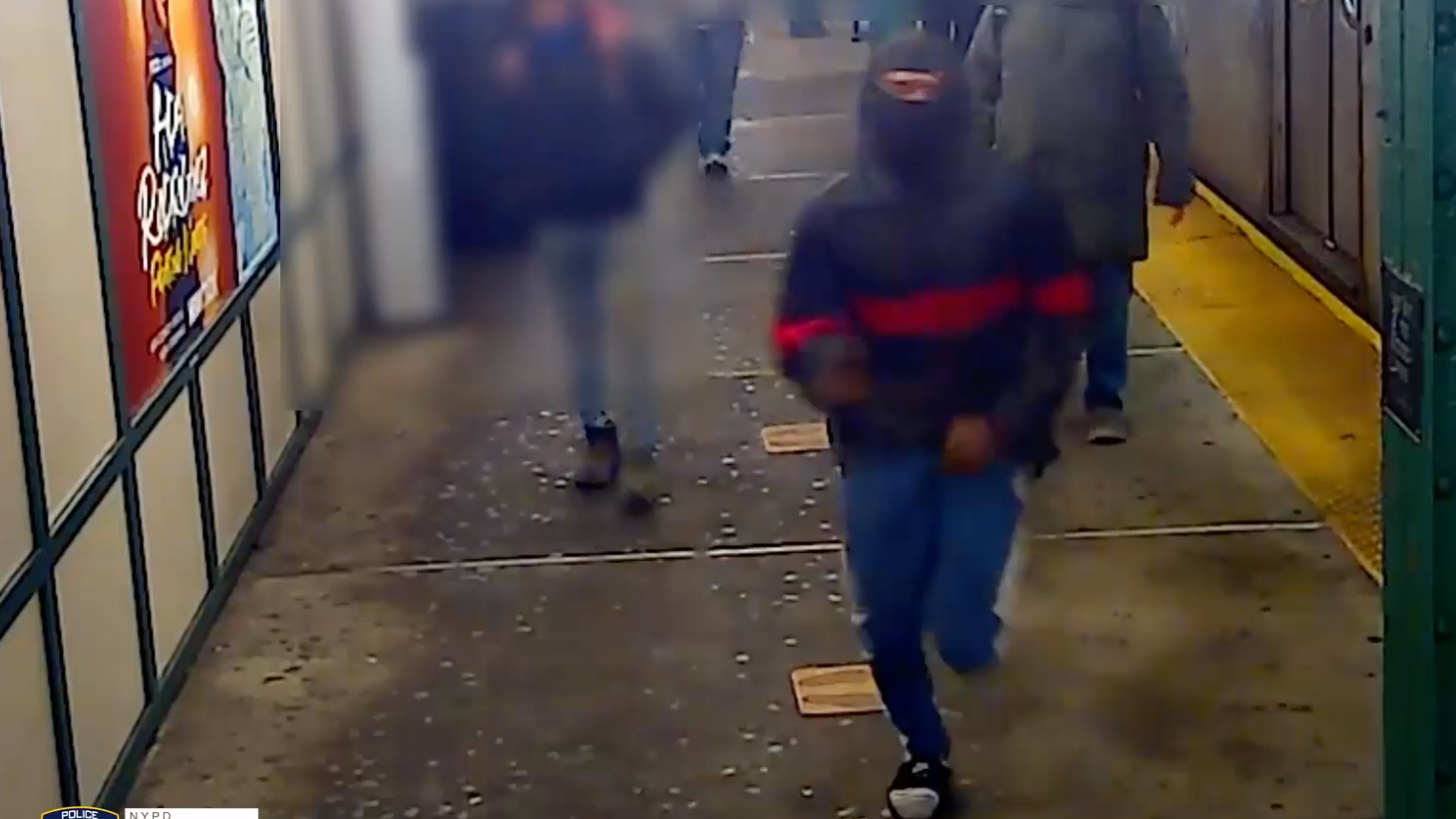 NYPD searches for phone-snatching subway thief in the Bronx