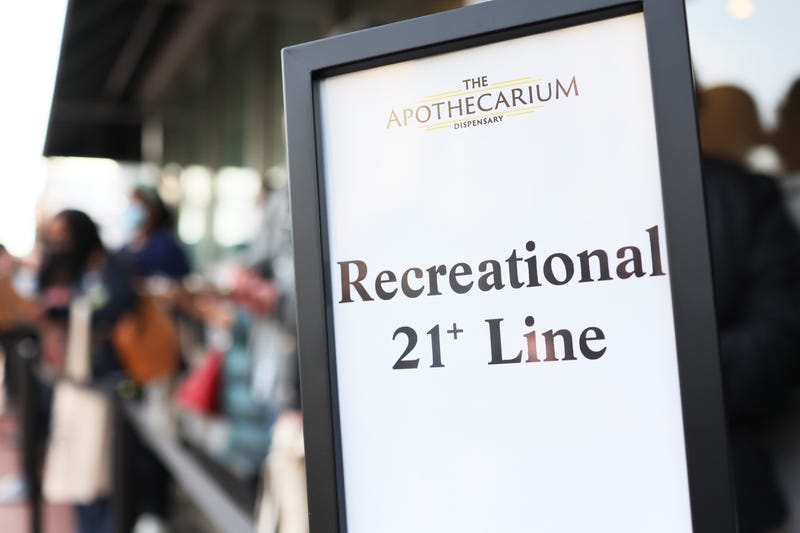 NEW JERSEY (1010 WINS) – New Jersey's legal weed sales reached $24 million within a month at a dozen locations, according to the Cannabis Regulatory Commission.

“It’s certainly a substantial number, but it’s really only a beginning,” Jeff Brown, the CRC’s executive director, said at Tuesday’s monthly board meeting. “It shows that there’s a lot of growth left this market — there's still a lot of opportunity left in this market still.”

From the first day on April 21, a dozen stores opened up statewide and sold recreational cannabis for those 21 and drawing in over 12,000 customers with a total sale of nearly $1.9 million.

Five more locations were approved to sell adult weed by the CRC following the board meeting. The commission also approved licenses for 21 new cultivators and 13 manufacturers. Some of the legal weed store locations are in Bellmawr, Maplewood, Bloomfield, Paterson, Phillipsburg, Elizabeth, Lawrence, Williamstown, Egg Harbor, Vineland, Rochelle Park, and Deptford.

“While this $24 million number sounds big, it does underlie the fact that there’s a tremendous amount of opportunity still in this market for new businesses to come in and serve this market and be successful,” Brown said.

Brown expects that the sales will ramp up.