SPECIAL COVERAGE: 1010 WINS GOES BEHIND THE VELVET ROPE OF THE 2021 TRIBECA FESTIVAL
By 1010 WINS Newsroom

NEW YORK (1010 WINS) – A gunman in a ski mask yelled “yo” at a man before shooting him in the buttocks on a Bronx street this week, police said Thursday as they searched for a suspect.

The 36-year-old victim suffered non-life-threatening injuries in the shooting at Prospect Avenue and E. 165th Street in Foxhurst just before 5 a.m. Wednesday. 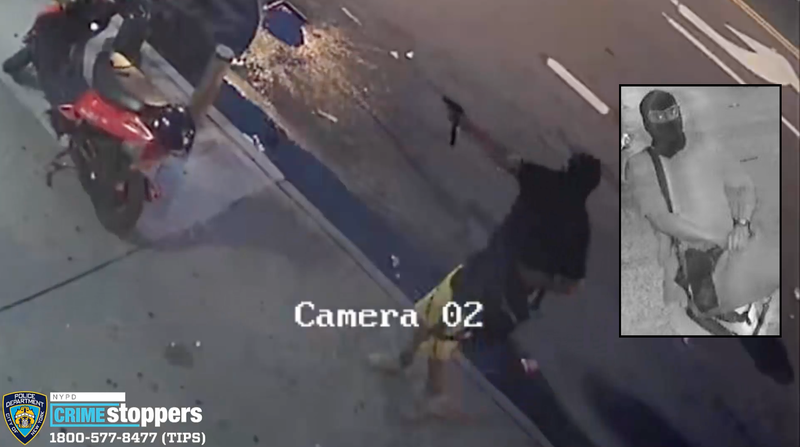 Police said the victim was standing on the sidewalk when the gunman came up and shouted, “yo.”

He then shot the man before fleeing northbound on Rev. James A. Polite Avenue towards E. 167th Street, police said.

NYPD video shows the shooter opening fire on a sidewalk as several people flee. He then appears to place the gun in a messenger bag while walking away.

The victim suffered a gunshot wound to the buttocks and was taken to Lincoln Hospital in stable condition, according to police.