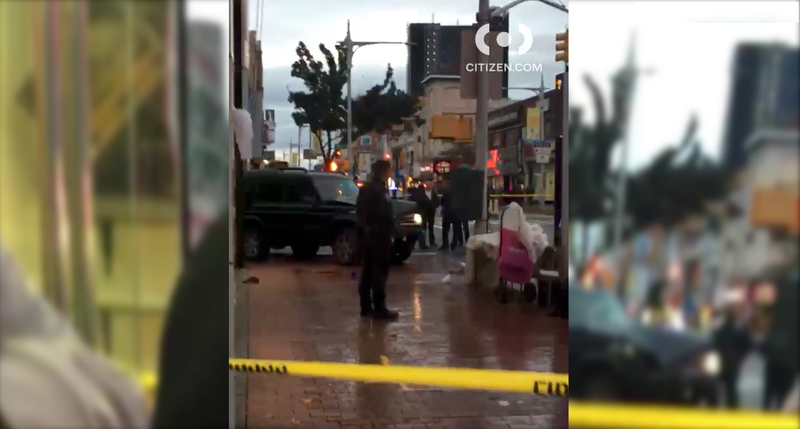 NEW YORK (1010 WINS) -- A driver struck and killed an 8-year-old girl and a 65-year-old woman after losing control of an SUV in Queens Friday evening, the NYPD said.

The woman and girl were at 164th Street and Jamaica Avenue in Jamaica just before 5:30 p.m. Friday when the driver of a black Range Rover lost control, jumped a curb and hit them, police said.

Girl, Woman Fatally Struck by Out of Control Car in Jamaica @CitizenApp

They were both pronounced dead at Jamaica Hospital.

The 47-year-old woman driving the Range Rover stayed at the scene and hasn't been charged, police said.

An investigation by the NYPD is ongoing.