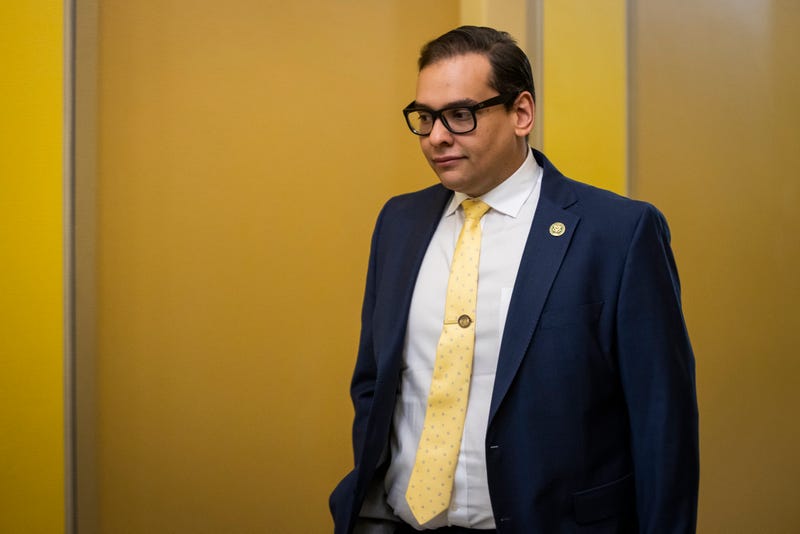 NEW YORK (1010 WINS) — Long Island Rep. George Santos claimed in a newly released podcast interview that he survived an "assassination attempt" and had his shoes stolen during a mugging in the middle of Fifth Avenue.

EXCLUSIVE: Rachel Maddow shares new video of Republican Rep. George Santos in an interview with a Brazilian media outlet describing being the victim of a mugging and an assassination attempt. pic.twitter.com/EhPYiSNswk

Santos, who has been accused repeatedly of lying about his background and employment history, made the new claims during a virtual interview with Brazilian podcast Rádio Novelo Apresenta in December, which was translated by MSNBC's "The Rachel Maddow Show" and aired Monday night.

"We have already suffered an attempt on my life, an assassination attempt, a threatening letter, having to have the police, a police escort standing in front of our house," the then-congressman-elect, who is the son of Brazilian immigrants, told the podcast hosts.

Santos, who previously went by Anthony Devolder and was introduced on the show as George Santos-Devolder, also said that when he and his husband returned home from a New Year's Eve party in 2021, they discovered their Florida home had been vandalized because they were "at a Republican party."

Later in the interview, he said he was mugged by two men on Fifth Avenue in Midtown in the summer of 2021.

"I was mugged by two men. Before asking any questions, they weren’t Black, they were even white, but they robbed me, took my briefcase, took my shoes and my watch," he said. "And that was in broad daylight. It was 3 p.m. I was leaving my office, going to the garage, getting my car, and I was mugged."

Podcast interviewer João Batista Jr. interjected, appearing to try and make certain that Santos said that his "shoes" were stolen "in the middle of Fifth Avenue."

The MSNBC host said that the podcast hosts, like her, requested a police report from Santos to back up his accusations but have yet to receive a response. Maddow said she also filed a records request with the NYPD but hadn't heard back.

The latest revelations came as a new poll showed a majority of registered voters surveyed want the Republican to quit.

Santos surprised reporters with donuts and coffee when he returned to Capitol Hill Tuesday, as he continues to be pressed for answers on his claims.

Over the weekend, Santos teased that he'd "have a surprise for the 'journalists' assigned to stake out" his office.

Looking forward to be back on Capitol Hill this week to serve #NY03. I also have a surprise for the “journalists” assigned to stake out side of my office… can’t wait to see you guys! 🇺🇸💪🏼 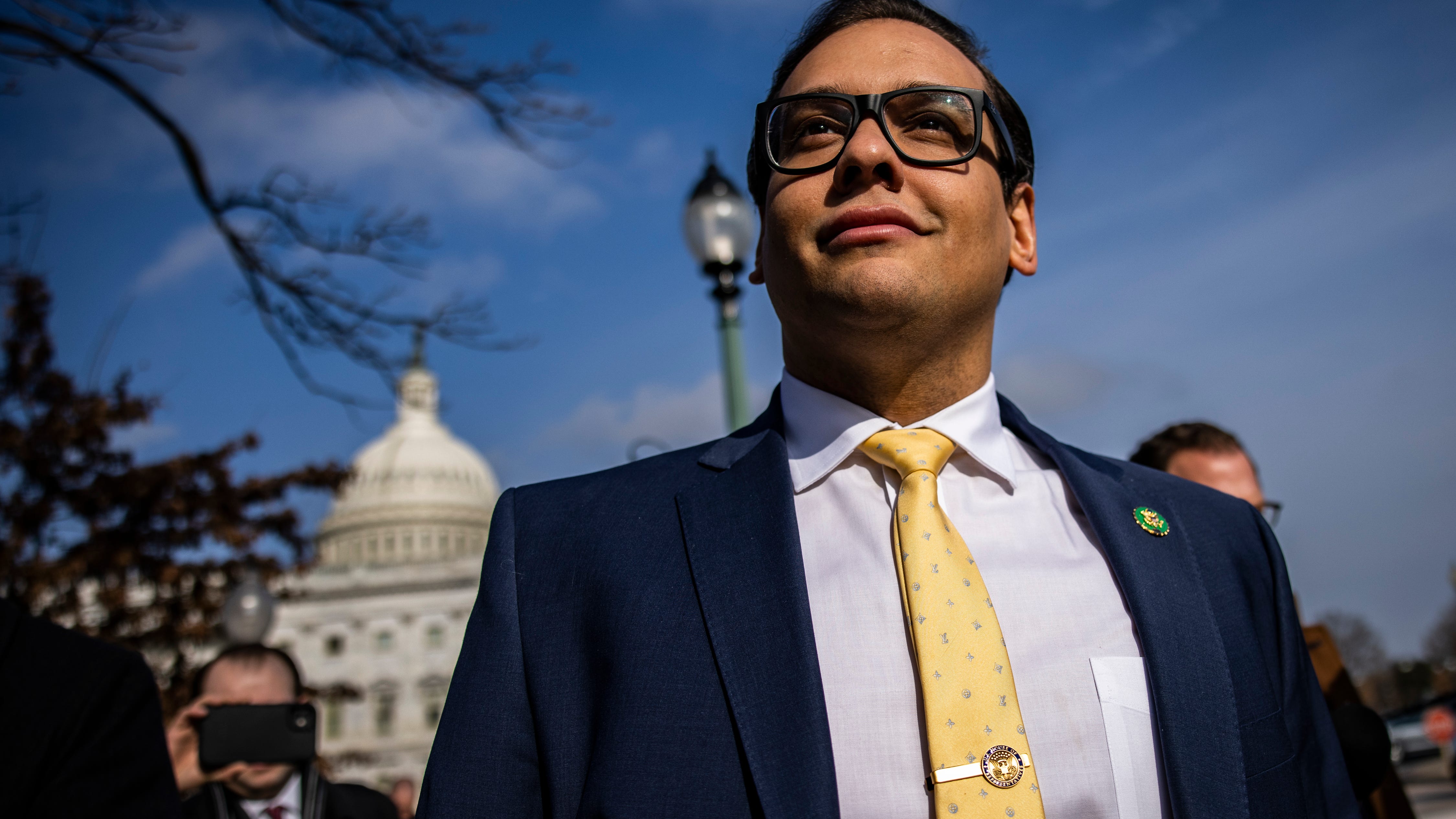 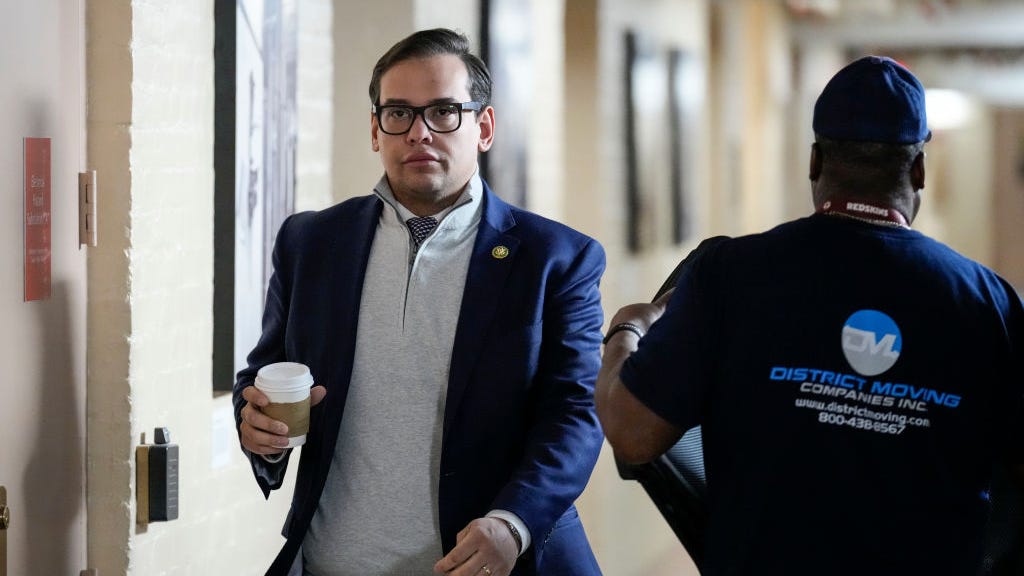 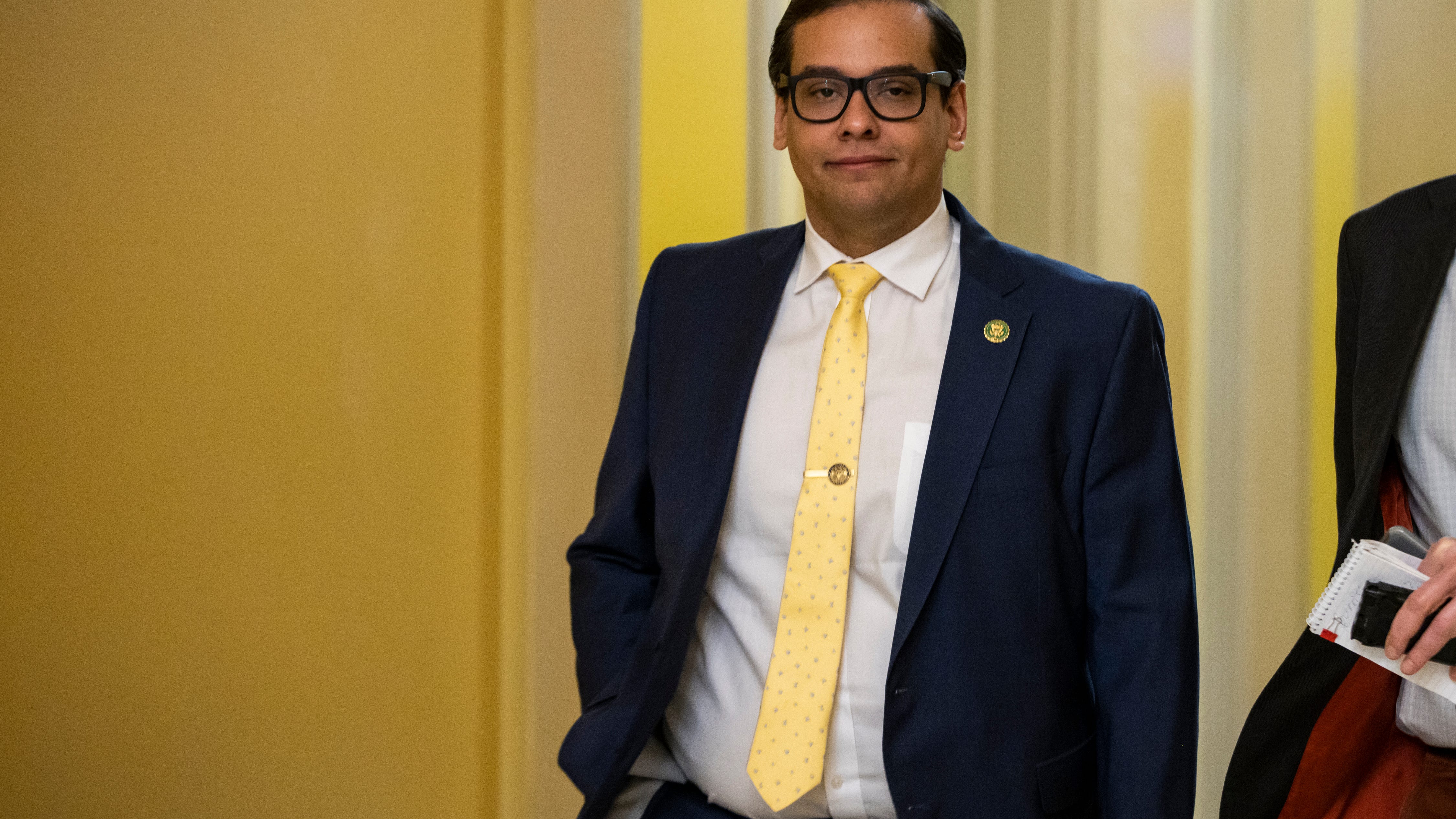