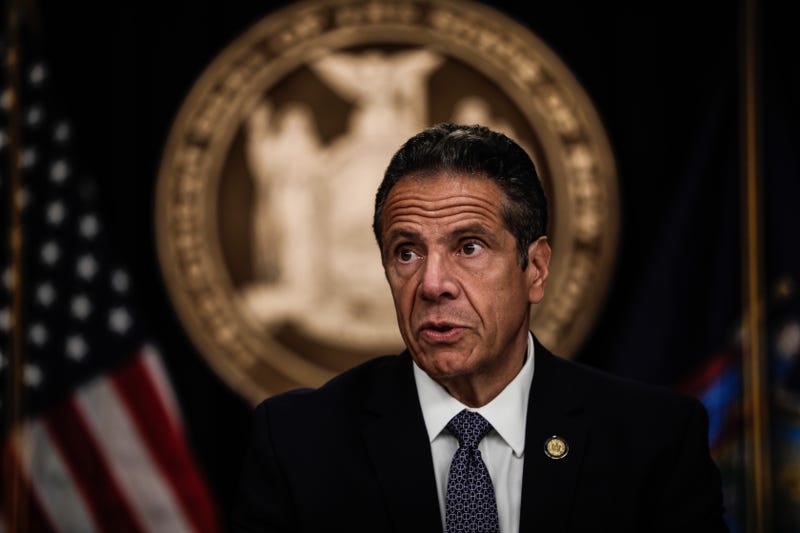 NEW YORK (1010 WINS) -- Gov. Andrew Cuomo on Wednesday said he felt “awful” and “embarrassed” by the sexual harassment allegations he is facing, but maintained he would not resign amid calls for him to do so.

Speaking to reporters at the first news briefing he has held since three women accused him of harassment, Cuomo claimed lawmakers calling for his resignation were playing "politics."

"I don't think today's a day for politics. I wasn't elected by politicians. I was elected by the state of New York," he said. "I'm not going to resign."

Cuomo's remarks came minutes after he said he "fully support[ed] a woman’s right to come forward," adding that his office was "fully cooperating" with Attorney General Letitia James' review of the allegations.

“I now understand that I acted in a way that made people feel uncomfortable. It was unintentional, and I truly and deeply apologize for it," he said. “I feel awful about it. And frankly, I am embarrassed by it. And that’s not easy to say. But that’s the truth."

The governor continued to maintain that he "never touched anyone inappropriately." He did not specifically address a photo published by the New York Times that showed him placing his hands on a woman's face at a wedding reception in 2019.

“I never knew at the time I was making anyone feel uncomfortable,” he said. “And I certainly never, ever meant to offend anyone or hurt anyone or cause anyone any pain.”

Three women — including two former aides — have accused the governor of sexual harassment within the past week.

Cuomo on Sunday released a statement saying he was “truly sorry” if anything he had said in the past was “misinterpreted as unwanted flirtation,” but maintained he never “inappropriately touched anybody” and “never intended to make anyone feel uncomfortable.”