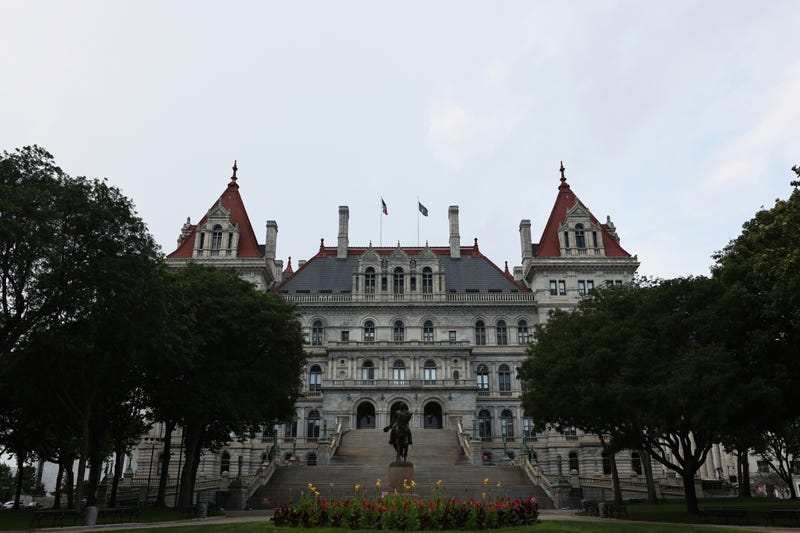 NEW YORK (WCBS 880) — The race for the next governor of New York is underway and WCBS 880 is speaking with the candidates to hear their stance on issues that most matter to New Yorkers. First up, Republican Andrew Giuliani and Democrat Tom Suozzi: 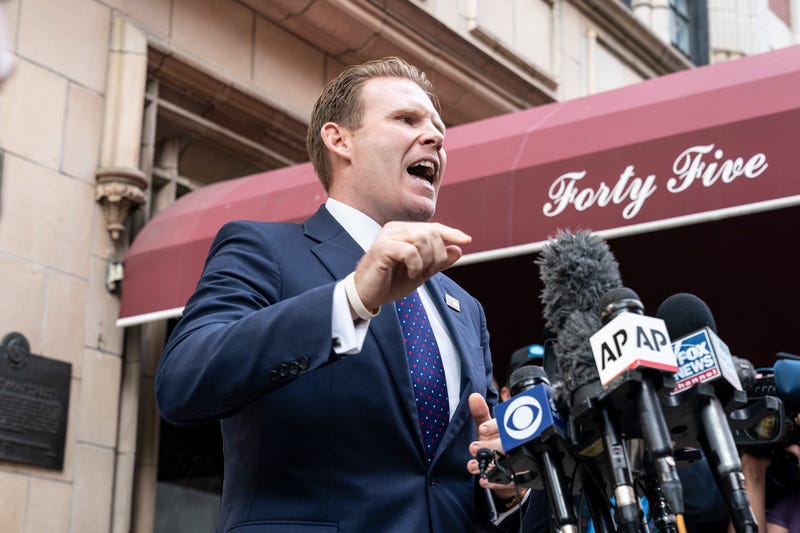 A former Trump Administration staffer and son of former NYC Mayor Rudy Giuliani, Andrew Giuliani said he has seen where New York has had its downfall. Giuliani is running for governor of New York, campaigning with a plan to reinstate crime policies from the 90’s and believes in the effectiveness of the stop and frisk policy. “I’ve seen where New York unfortunately has gone awry over the last decade plus with four democratic governors now that have taken Albany [really] into a train of corruption,” Giuliani said. The republican candidate looks up to his father as a role model for his politics, telling WCBS 880 his father is a hero who has saved many lives. “Rudy Giuliani is a great American, I’m very proud of him as a son, and I’m very proud- very happy that he’s been here giving me advice day in and day out.” Giuliani spoke with WCBS 880 about his stance on other major topics.

Giuliani wants to fund law enforcement so they have the resources to go after criminals and is in favor of funding a $5 billion pot for police so they can tap into the budget if local or municipal law enforcement organizations have lost some resources over the last couple of years.

“I think it's so important that we continue to focus on funding our law enforcement,” Giuliani said. “We need to make sure we’re doing everything possible to give them the resources to go after the criminals that are using guns for the wrong reasons”

Giuliani wants to get rid of bail reforms and says crime has spiked since the bail reform was passed.

Giuliani is anti-abortion and wants to go after late term abortion while also making sure there are more choices for pregnant women so they have better, more “attractive” options than abortion.

“I’m pro-life and I think about my daughter Grace, my 6-month-old, and I think about the first time I ever saw her on an ultrasound machine and I knew the most important thing in my life was protecting her life,” Giuliani said. “I think we can all agree that we need to go after late term abortion”

“We’ve lost a certain level of morality in our state,” Giuliani added. “I will make sure that we do everything to fight against late term abortion and make sure we have more options for pregnant women so that way abortion becomes less and less of an option, or I should say less and less of an attractive option because I really think preserving life is the most important thing we can do.”

Giuliani wants all COVID-19 mandates gone. He believes all workers should go back without a certain vaccination status and said it should be best for individual health. He also added that he is pro science, not an anti-vaxxer.

“All covid mandates, the vaccine mandates, on day one will go into the ash pit of history,” Giuliani said. “We followed the political narrative for far too long on this. We need to follow the actual science”

“I take the caveat of getting vaccinated off the table. Again, I want to see the science and the data lead the way on this and unfortunately I think the political narrative has led the way on this,” Giuliani added.  “I’m pro science and I think the left has classified this as anti vax. I’m pro science on this and I wish the left would be pro science on this. Look, the same people on the left that are calling me anti vaxxers are also saying that there are I don’t know 37 different genders”

Giuliani has a crime reduction plan and wants New Yorkers to feel safe to come into New York City. As the highest tax state and as an “over-regulated state,” he wants to signal to companies that New York is open for business.

“First and foremost, it’s got to be a crime reduction plan. I will make sure New Yorkers feel safe coming into New York City,” Giuliani said. “Highest tax state in the country one of the most over regulated states and you can see why job creators unfortunately are choosing places like Florida ,like Texas, rather than the Empire State”

Giuliani believes drug addiction and mental health leads to homelessness and said there needs to be a compassionate push of people towards shelters and the mental health they need.

“I know directly what opioids and what drug addiction actually does with regards to homelessness,” Giuliani said. “Pushing people towards shelters that we are trying to get them the mental help that they need. But also to let them know, that look, the sidewalk is not a place that you can domicile on this is a place for all New Yorkers” 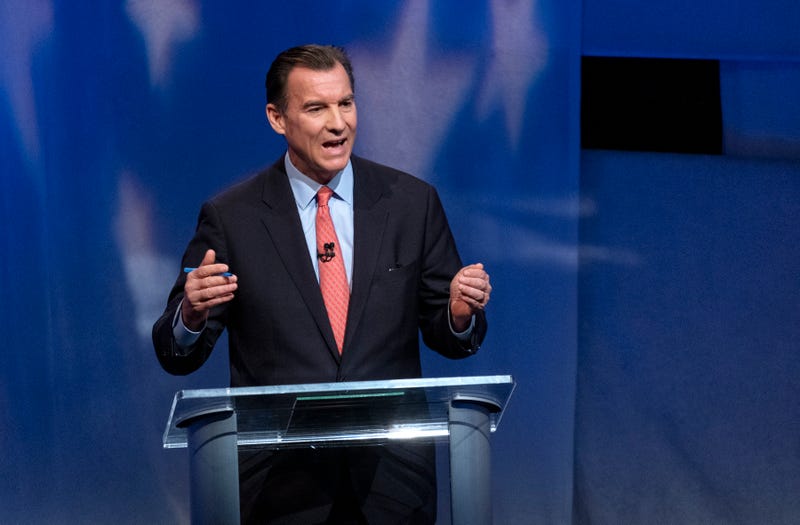 Congressman Tom Suozzi, who previously served as mayor of Glen Cove, New York and later county executive of Nassau County, decided to run for governor of New York because he’s concerned about the state. Worried about the “crime crisis” and high taxes, Suozzi said we “have the most corrupt state in the United States of America according to the Washington Post.” Suozzi believes his previous experience has prepared him for the job of governor at this time. The democratic candidate assured constituents he would not “pan it to the left” nor “back down to the right.” Suozzi spoke with WCBS 880 about his stance on other major topics.

“I look at the 4 B’s,” Suozzi said. “Number one is bail reform: She refuses to make crime an issue, it should be the number one priority for the governor right now. Number two is the Buffalo Bills: Billion-dollar giveaway of taxpayer money. Number 3 is her hand-picked lieutenant governor Brian Benjamin who was indicted after 8 months in office for bribery and corruption and number 4 is the budget. She’s spending money completely irresponsibly. We’re facing a fiscal downturn”

Suozzi has a 15-point crime intervention and prevention plan that includes mental health, getting the guns off the street and helping kids in troubled schools.

“Give justice to consider dangerousness, New York is the only state that does not permit that,” Suozzi said. “People are scared and we have to treat it seriously.”

Leaving House of Representatives for the Governor

“We have got to turn NYS around,” Suozzi said. “I’m concerned about my democratic party. I’m concerned that we’re not talking about the issues that people care about. We’re going too far to the left”

Suozzi has an F-rating on guns from the NRA while Suozzi said Hochul was endorsed by the NRA and voted to allow concealed carry.

Referring to Hochu, Suozzi said she is the “Height of hypocrisy” and  “She changes with the political wind.”

Suozzi is 100 percent pro-choice. Advocating for safe, legal and accessible abortion and thinks the state should be a leader. Suozzi wants to help prevent unwanted pregnancies through contraception and education.

“I’m 100 percent rated by Planned Parenthood. Abortion must remain safe legal and accessible,” Suozzi said. “We should also be a leader in helping to prevent unintended pregnancies though contraception and education”

Suozzi wants to address the crime rate in the city as he thinks it is the reason many are not coming into the city.  He also thinks we should change vacant office space into affordable housing and help bring nicer housing in the city too through private-public partnerships. Suozzi also supports 421A but wants cap rate of return for developers to 9 percent.

“The reason people aren’t coming back to the office is they’re afraid to come into the city and take the subway,” Suozzi said.

Suozzi said the state lacks comprehensive plans to address homelessness. He said the state needs to help the people who are not taking medication off the streets and get them the help they need. Also thinks we need to do a better job of  mental health and homeless services so people feel safe and secure. 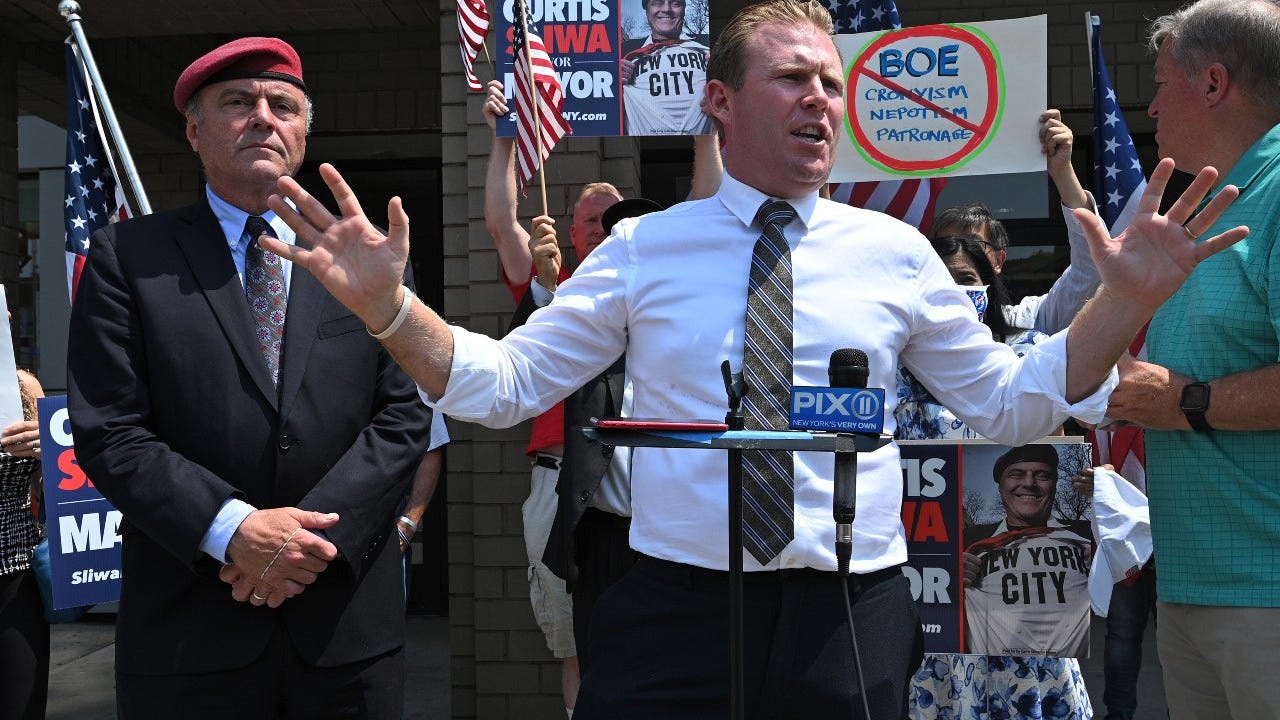 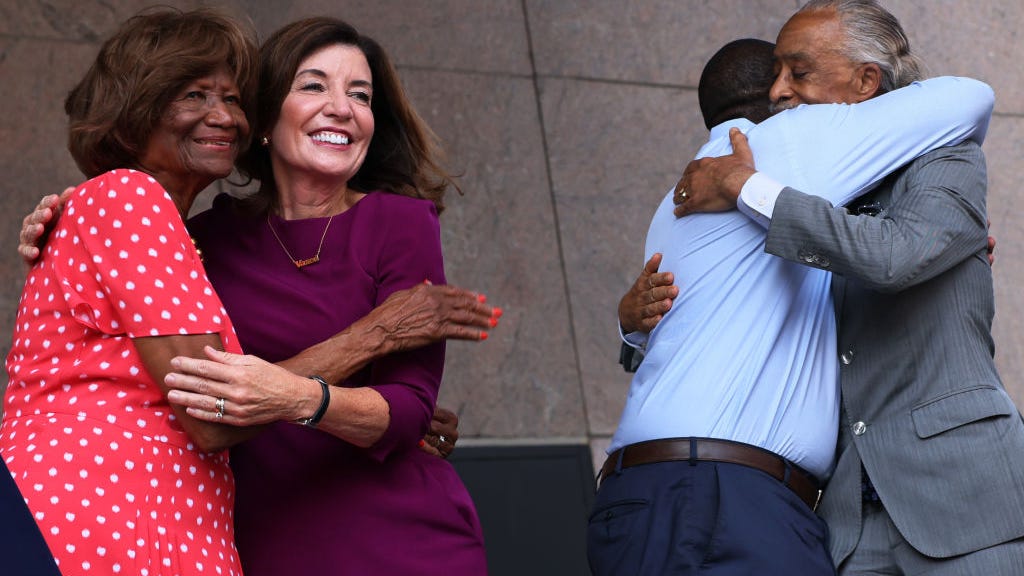