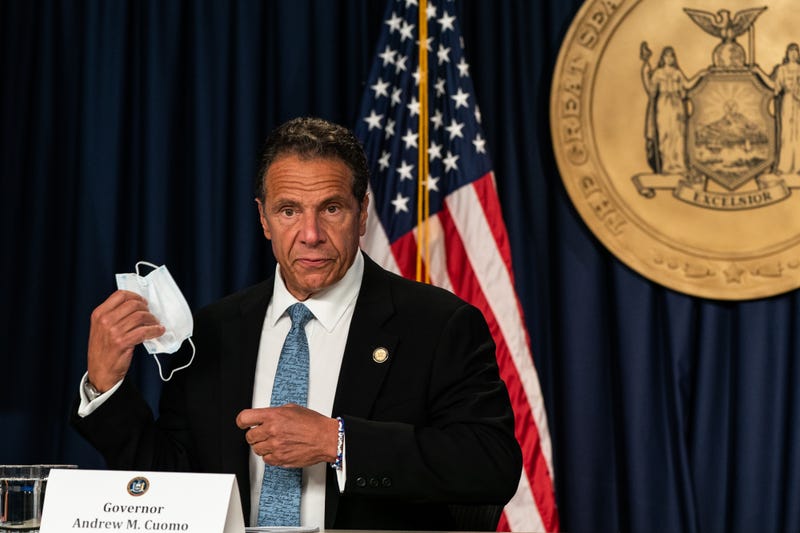 NEW YORK (1010 WINS) -- The number of New Yorkers hospitalized with COVID-19 rose above 1,000 for the first time since June on Thursday, Gov. Andrew Cuomo said Friday.

As of Thursday, 1,023 people in the state were hospitalized with COVID-19, 149 of whom were newly-admitted, Cuomo said in a press release.

Total hospitalizations are at 1,023.

The last time the state reported more than 1,000 COVID-19 hospitalizations was June 23, when 1,071 people were hospitalized with the virus.

Of the 1,023 patients hospitalized as of Thursday, 223 were in intensive care and 109 were on ventilators, Cuomo said.

The statewide infection rate on Thursday, including “hotspots” in counties like Brooklyn and Queens, was 1.15 percent.

Excluding the hotspots, the state reported a 0.98 percent infection rate. The hotspots themselves reported a 2.31 percent positivity rate.

“The experts told us we would see infection rates increase through the fall, and we’ve seen that as cases rise again across the nation,” Cuomo said in a statement.

“In New York, we are attacking microclusters when we see them, and that will be our strategy through this season as we see microclusters come and go,” he added.

Breakdowns of infection rates by hotspots, region and New York City borough are below: 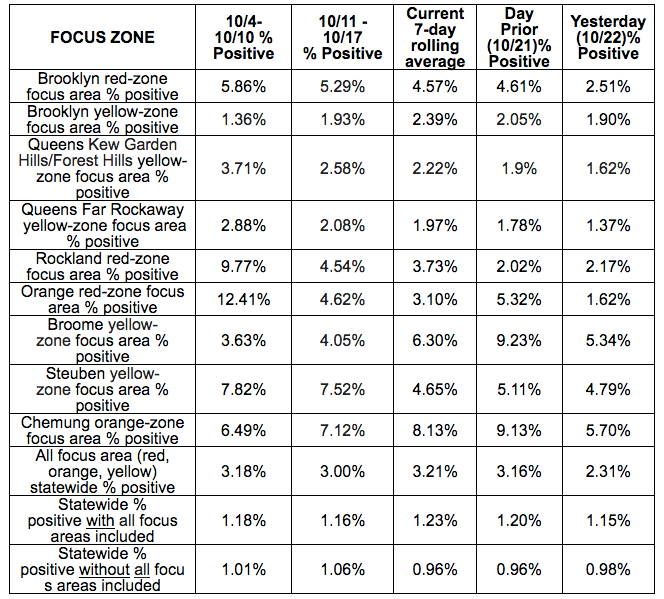