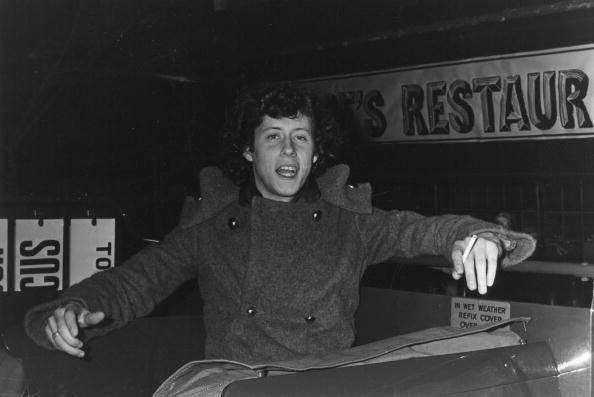 It's a Thanksgiving tradition--you have to listen to Arlo Guthrie's Alice's Restaurant at least once on Thanksgiving Day.

We'll be playing it on Thanksgiving Day at noon and 6pm so tune in!

Here are some things you may not know about the song.

1. Topping out at more than 18 minutes, the song as WAY too long to fit on one side of a 45rpm record. When he performed it in coffee houses, sometimes it went as long as 35 minutes.

2. The song is based on a true story, and there really was an Alice. She was a librarian at the boarding school Guthrie attended. He and some friends volunteered to help her clean out some junk after eating Thanksgiving dinner at her home in Stockbridge, Massachusetts.

3. There was a 1969 movie based on the song. Arlo Guthrie does narration for the movie. Also appearing is Matthew Broderick's dad, the late James Broderick. (He was also the dad on the '70s TV show "Family.")

4. Guthrie told Rolling Stone he has to re-learn the song every time he has to play it. He says "it's not like riding a bike."

5. Guthrie says the song maintains its popularity because the concept of questioning authority is timeless.