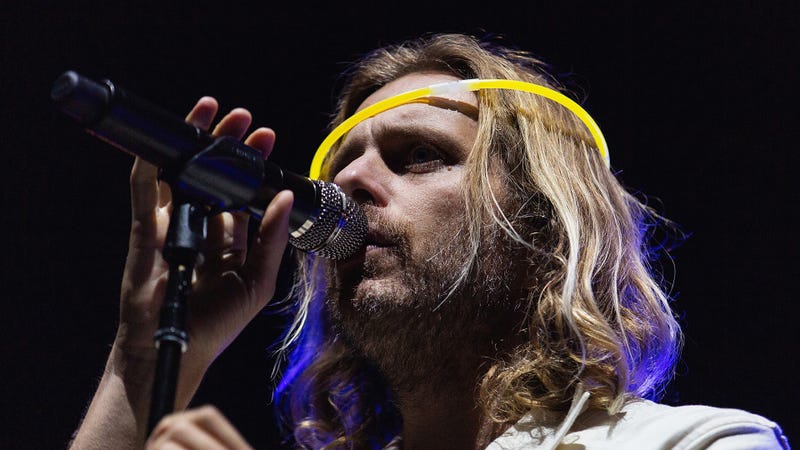 AWOLNATION’S Aaron Bruno curated and hosted a brand new radio station just for you. It’s a little A.D.D., just like his musical tastes, as evidenced on the band's upcoming album full of covers and reimagined songs, My Echo, My Shadow, My Covers and Me.

Listen to AWOLNATION's Blame It On My A.D.D. Radio now on Audacy, and dive into the eclectic mind of songwriter Aaron Bruno

From Louie Armstrong to the Flaming Lips -- take a look at just a few of the amazing tracks that AWOLNATION frontman Aaron Bruno chose for his official Audacy station below, and browse even more of our all-new stations right here.

AWOLNATION's first offering, a cover of the Scorpions classic "Wind Of Change" -- featuring Brandon Boyd of Incubus and John Gourley of Portugal. The Man from the band's upcoming album My Echo, My Shadow, My Covers and Me -- a skillfully crafted collection of reimagined songs featuring notable artists of all genres set to arrive on May 6.

Louis Armstrong - "What A Wonderful World"

This Louie Armstrong classic talks simply yet eloquently about finding appreciation in all of the beauty that our planet has to offer. Supplies limited, get 'em before they're gone.

"Hey man, you sure you wanna hear this man?" How's this for an abrupt left turn? New York Hip Hop duo Rob Base and DJ E-Z Rock hit gold (Platinum, actually) with their Top 40 hit in 1988 and to Bruno, it's still a banger to this day.

BREAK RIGHT! Formed in 1981 in Arlington, TX, hardcore/metalheads Pantera, fronted by the one and only Philip Hansen Anselmo, have never before in the history of music been featured on a list following Louie Armstrong and Rob Base. You're welcome.

The Flaming Lips - "A Spoonful Weighs a Ton"

"Being drunk on their plan, they lifted up the sun." We're ending this small trip into the mind of AWOLNATION's Aaron Bruno quite literally with the hallucinogenic vibes of Wayne Coyne and his Flaming Lips. Originally off of the group's fan-favorite, 1999 album The Soft Bulletin, check out a live version of "A Spoonful Weighs a Ton" and drift off with the sounds they made of love, love, love, love...

Find out more about AWOLNATION's new album of covers in our Audacy Check In right here, and dive into the mind of Aaron Bruno on AWOLNATION's Blame It On My A.D.D. Radio now on Audacy.