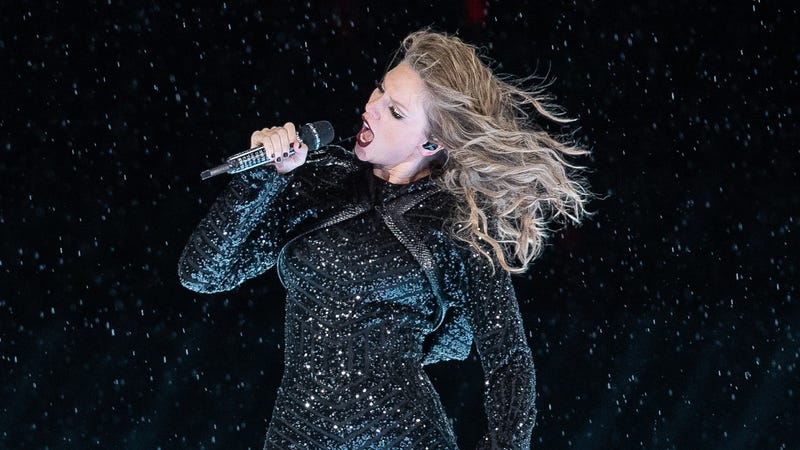 The NFL set off alarms for Taylor Swift fans everywhere when it revealed Apple Music is the new sponsor of the Super Bowl Halftime Show in a press release sent at… MIDNIGHT! Is it all just a coincidence that lines up with the title of Taylor’s newly-announced album, Midnights? You be the judge!

The new sponsorship comes after ten years of Pepsi-sponsored halftime shows, which seemingly presented a conflict of interest for Swift, who signed into a partnership with Coca-Cola in 2013. Now that the sponsor isn’t a direct rival of Coca-Cola all lights seem to be flashing green for Swift to take the massive stage.

The new sponsorship isn’t the only thing feeding fan speculation. Taylor has also announced a new album, Midnights, set to release October 21, which will likely be followed by a major tour. Coincidence that the Super Bowl halftime show is notorious for teasing major tours? We think not!

Aside from the above, Taylor has a lot of fresh music to share. She also prioritizes diversity and the representation of underrepresented communities, something the NFL has been very sensitive to over the past few years.

While all signs seem to be pointing to Yay for Swifites, other news outlets, like TMZ are reporting the rumors are false.

“We’ve spoken to sources with direct knowledge who tell us Taylor's NOT going to be performing at Super Bowl LVII in Arizona,” the outlet reported on Friday afternoon.