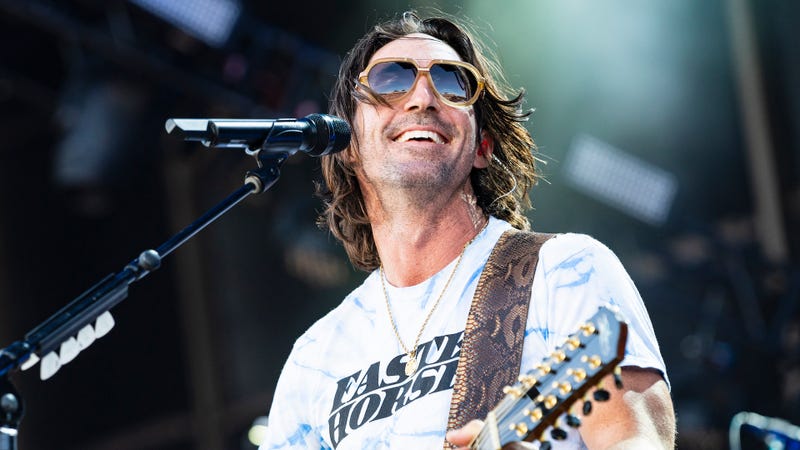 Days before earning his 10th #1 single at Country radio with “Best Things Since Backroads,” Jake Owen opened up to fans on another level by sharing his recent journey to sobriety.

LISTEN NOW: Jake Owen opens up about his sobriety to The Wake Up Call on KFRG

Owen took to social media Friday, July 29 to celebrate 316 days of sobriety and encourage fans to “make a change” if they are on the fence of a big decision. “317 days ago I embarrassed myself after drinking too much alcohol one night. It wasn't the first time either,” Jake shared in his post.

“The next day I told myself, 'never again.' I am better than that and the people I love the most deserve better. My family, my little girls, and my friends. Just wanted to share my journey in case anyone woke up this morning and wants to make a change. None of us are perfect.. I'm just trying to be the best version of myself these days.”

During an interview with KFRG’s The Wake Up Call Jake shared he never expected the positive response he got from fans and feels proud of influencing individuals positively beyond his music. He also opened up more about his journey and the positive changes he’s seen in his life since.

“I’ve told a lot of people that I’ve learned a lot. Forget the last 318 days of learning, really what I’ve learned is in the last few days of posting that,” Jake shared. “I was not intending that at all. I, in a way, surprised myself that in a business like we have, when you’re out there every night, every night is a meet and greet, every night is a party for everyone you’re playing for. In a way you become accustomed like, ‘I’m going to have a beer tonight... Next thing you know, it’s like, ‘man, I’ve had a couple beers this week.’”

He continued, “I never had a drinking problem or anything, but [I wanted to be better for my little girls, myself, and my family], so I just did. I just stopped. I’m proud I did.”

Jake admits putting the bottles down was easier for him than many, but his experience has helped him become more aware of those that struggle and helped him find common ground to support those in his life who seek out advice from him.

“What I realized in these moments where it’s not easy for a lot of people. For me, it wasn’t hard. It was just something I decided to put down. For people who struggled and have reached out asking how I did it? It’s amazing to be able to connect with people like that.”

Find out more about Jake’s sobriety, what keeps him inspired to keep going and more in his interview with The Wake Up Call above.