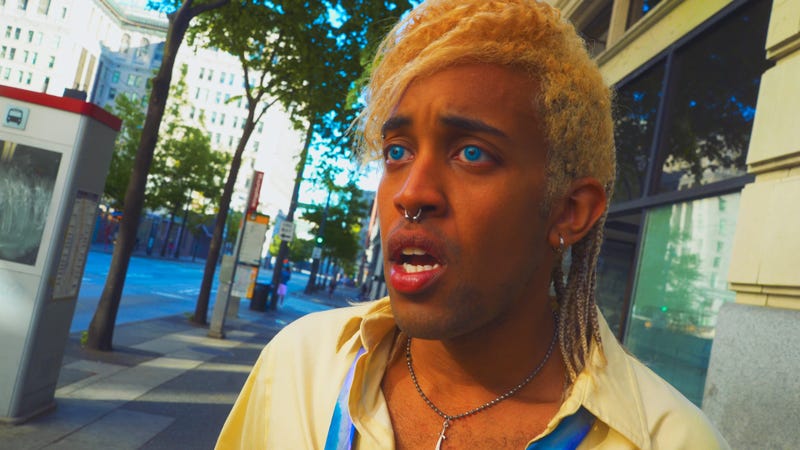 A few weeks back we had the pleasure of being joined in the studio by local artists Danny Denial on Locals Only. He came by the studio to premier his new song "Everything Is Terrible". You might remember last year we had the pleasure of premiering a music video for the band Dark Smith which features Danny on vocals. Well now we have the honor of premiering the latest music video from Danny Denial for the new single "Everything Is Terrible".

Check it out below:

Danny was kind enough to share some thoughts on the new song, video and what he has on the way:

"I wrote the record with the concept of highs and lows in mind, and this song came out of a very manic low. Specifically, from an airport in London where I'd missed my flight and thought I'd never make it home again. It's got a little bit of that 'when things are so bad you have to laugh' energy and I carried that into the song's production and its visuals."

"I wanted to work with the bands and artists in Seattle that inspire me so much - Rat Queen, The Black Tones, DoNormaal, Slow Elk, Razor Clam, Dirty Dirty, to name a few. And it became such a fun exercise in the art of collaboration. Aaron Schroeder and I spent about two months bringing all of these people in and out of Pierced Ears, improvising and working out parts of these songs in pieces. 'Everything is terrible' is one of my favorite songs on the album because you can hear so many of our voices at once and it's dissonant and screechy but also kind of pretty."

"The video is a piece of a longer, 30-minute short film I shot with Leo Ramos called CONDiTiONER. It'll be out in the summer after we find out whether or not it'll screen at festivals and whatnot. But it's kind of the opposite of my last visual album in that it's bursting with color and feel and surrealism; the scenes used in 'Everything is terrible' are part of a dream sequence where I got the cult members from DETHHEADS (who are also in Fruit Juice and Bad Time Friend) to play something even scarier - co-workers in a technicolor office job. I honestly can't think of anything more terrible!"

The new album f*@# danny denial will be out April 24th via Cruisin Records.