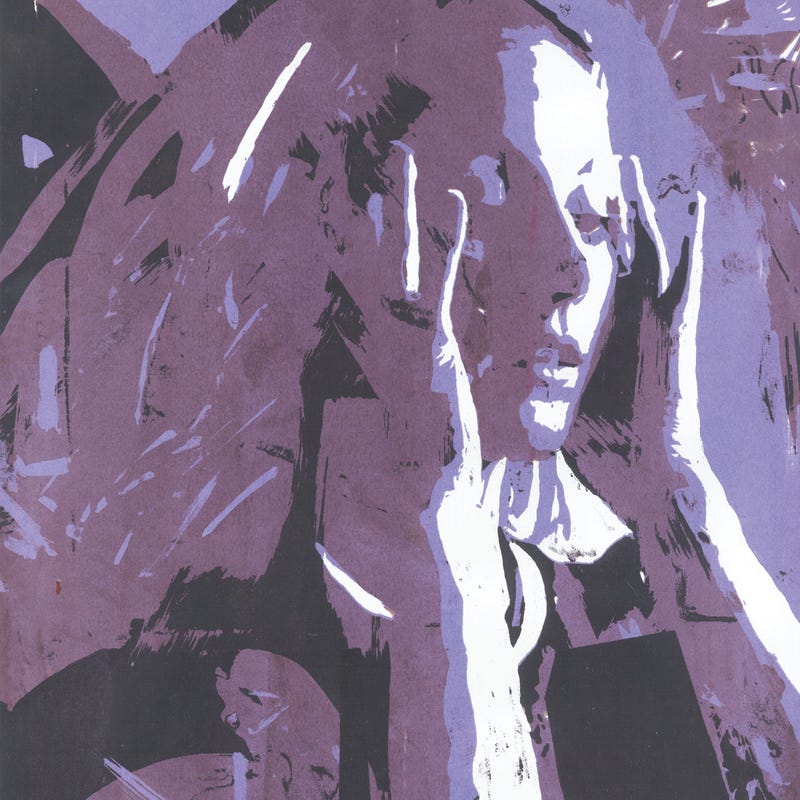 A couple of Locals Only favorites teamed up for something that is equal parts dark, beautiful and familiar. Local artist Meagan Grandall, who you probably know better as Lemolo, joined forces with Chris Cunningham who fronts local band Ravenna Woods.

In the last few years Chris has become a go to director for music videos in the PNW and if you've seen any of his video work for his band or work he has done for other artists you know that his style could easily be described as haunting, wild, creepy, rad, and beautiful.

So when Meagan decided she wanted to cover "Mad World", a pretty heavy song that feels a little extra timely right now, she naturally decided to tap Chris to help with the visuals.

Covering a song can be a tricky thing. Do you try and make it something different and have fun with it or keep it the way it was when you fell in love with it? Let me just say that what Lemolo accomplished here is a great example of respecting the artist while also completely owning the track. "Mad World" is one of those songs that's important to a lot of people and the performance from Meagan paired with the video she made with Chris is completely perfect.

This week I got the chance to catch up with both Meagan and Chris about the new release. We did it over email of course because we are responsible humans.

Me: What was it that made you pick this song to cover and shoot a video for?

Meagan: I recorded this song almost a year ago, with Seattle producer Nathan Yaccino. We initially made this song to pitch for a film, and ultimately did not get selected. But I felt so connected to the song and the recording that it felt important to me to release it at some point down the line. I never would have expected we would find ourselves in the situation we are in today, facing a global pandemic. But it seems like the song has never felt more relevant than it does right now. So that is why we chose to go for it and share it today. Personally I have always been able to relate to the lyrics, as someone who has suffered from anxiety throughout my life. And with the isolation, fear, and loneliness so many of us are facing right now it felt important to share the song in hopes that it might be a reminder that we are all in this tough time together.

Me: What was it like working with Chris Cunningham on the video?

Meagan: Chris is absolutely brilliant and it is such a cool experience making visuals with him. I love how he is able to capture both the darkness and the beauty within my music at the same time. I approached him with the song and asked if we could make some visuals to go along with it, and he truly blew me away with the concept and dream world that he created for the video. We filmed the whole thing in two freezing nights in his neighborhood of Queen Anne with the help of his community of pals who pitched in to make it happen. When we work together, we always manage to have a lot of laughs and get a lot done at the same time which feels great. Chris is a pro and I am always eager to see what he is working on or creating next.

Me: Where did the idea for the video come from:

Chris: Lemolo's cover of Mad World has a really cool dichotomy that I wanted to try and accentuate. The track is dark, haunting, and filled with lyrical anxiety, but also simultaneously dreamy and beautiful. After dozens of repeat listens my brain started building these quiet, surreal little scenes where I pictured Meagan wandering around a vacant playfield at night accompanied by a strange looking friend/chauffeur character. I wanted the friend's appearance to be unsettling in some way, but ultimately overshadowed by the fact that the two of them share a warm bond. The inherent (and admittedly cheesy) message being: just because someone looks different or scary, doesn't mean that they're bad.

I also took great care lighting and shooting the scenes in an attempt to make them feel more dream-like. Now when I watch, I like imagining that it's Meagan reconnecting with an old imaginary friend from her childhood in a dream. The two of them catching up and playing around in this abandoned nocturnal playground...

Me: Does the sun exist ANYWHERE in this video universe you've been creating over the years?

Chris: It does! Barely, haha. The last Lemolo video I directed "South of Sound" starts in darkness, but then moves to daylight/dusk. I also made a video for Kool Keith & Planet B that is entirely in broad daylight, which IS admittedly a huge departure for me. I definitely shoot a lot of my music videos in the dark, which presents a ton of logistical challenges. But there's something about it that I feel nudges you into a headspace that a lot of the concepts exist in, where reality is a little blurred. I also almost exclusively come up with the ideas at night, so they tend to be woven into that sense of quiet and dark that i'm working in.

Me: Is there anything else you want people to know about this project or Lemolo:

Meagan: You can purchase the song or make a donation at https://lemolomusic.bandcamp.com/. And it is also available on all digital streaming platforms. If you want to check out other projects Chris and I have made together, you can check out our most recent music video for "South of Sound" at https://youtu.be/HndO0_yfAsE. Thank you for supporting independent music!