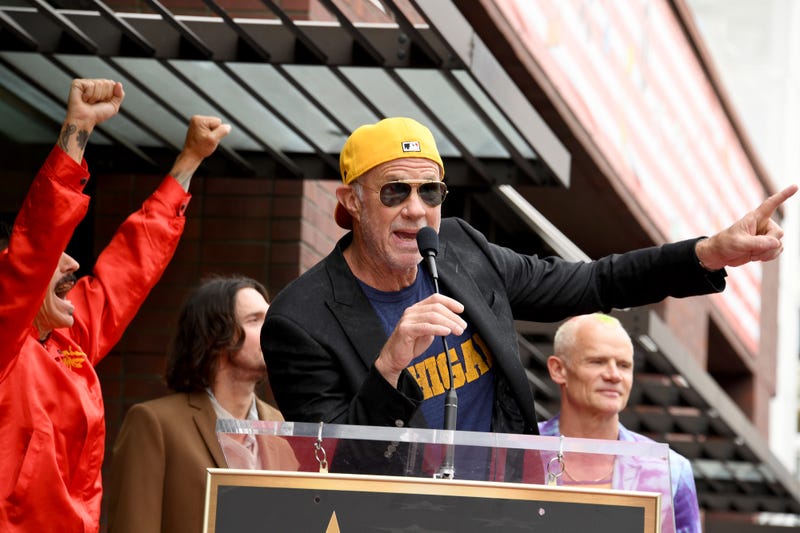 On April 1st, 2022, Red Hot Chili Peppers released their 12th studio album, Unlimited Love. Every time I think I understand what's going on in the world someone has the nerve to burst my bubble with their often excellent or obvious perspective. It seems ludicrous that a band from Los Angeles that's been in the Rock n Roll Hall of Fame for almost a decade wouldn't have their own star on the Hollywood Walk of Fame. "Oh I don't know," says Smith, "it's like our song 'Buy me a star on the boulevard it's Californi...'" Also, let's not be mistaken that the day it happened is the day before their new album 'Unlimted Love' dropped and so some sort of, shall we call it cooperation, occurred amongst parties involved.

17 songs on a 70-minute ride that feels as naturally a Chili Peppers record as anything, it's pretty easy to throw on Unlimited Love and immediately sit in that familiar groove. "It's been probably 30 years since we put a record out that didn't have at least 15 songs on it." My brain starts scrolling back through their albums... Rick Rubin, who produced the record pushed, "keep writing, keep writing. The good stuff is sometimes at the end... You don't want to turn off the faucet if its flowing."

When it comes time to trim the work down though, they turn to the secret ballot of democracy to sort out what's gonna stay and what's been cut "one day we'll do, you know how people do that anthologies, we'll rival Neil Young for that kind of thing, we've got a lot of stuff that have never been heard or Prince who supposedly has 2,000 songs."

Fun fact, Red Hot Chili Peppers "Under the Bridge" was the first song I ever recorded off the radio on a cassette tape back when Chad Smith was the age I am today (maybe a little younger, sheesh). Since I've known what rock n roll music even is, they've been part of that story. It's fun to be able to after all these years think about that while he thinks about getting into his Malibu hot tub... <- I assume that part, but gotta be pretty close, right?