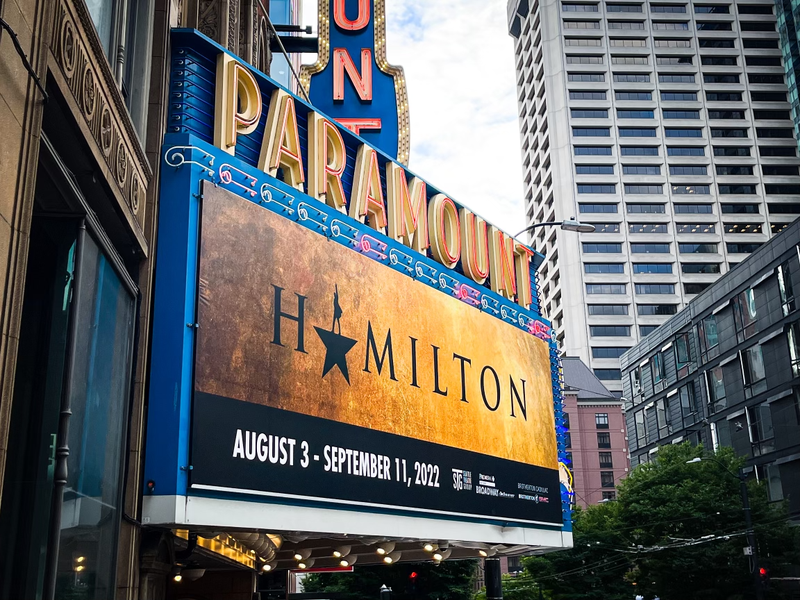 When Broadway at the Paramount reached out to see if I wanted to check out Hamilton it took less than a second to agree. So to start, thanks! For anyone new to this slice of the entertainment world, Hamilton is the musical about seven-time Formula 1 world champion Lewis Hamilton United States founding father Alexander Hamilton who before a few years ago was probably best known to us as the guy who got shot by Aaron Burr in a duel. Those of us old enough remember the "Got Milk" commercial.

Playwright Lin-Manuel Miranda brought the historical character (back) to life on Broadway, showing off his work-in-progress most notably to the White House before it blew up into one of the biggest pieces of pop culture of this century... based on two centuries ago.

Standing ovation before the show was even a thing! Scroll down for the next time they played the White House. This is a musical that's been touring for years after selling out every show on Broadway for forever.

The touring cast in Seattle (different from the original) is lovely and we specifically enjoyed performances by Hamilton, Burr and of course King George III. The Paramount is a great place to see a show no matter what the genre: musical, concert, silent film.

Just a heads up, though, there are parts that are spoken so quickly that it can take a few minutes for your ear to catch up and all I can say is that listening to the album a few times in the days leading up will help you better keep up with it. Even if you don't keep up, it's a fun time and brings chills in certain parts even now when reflecting upon it.