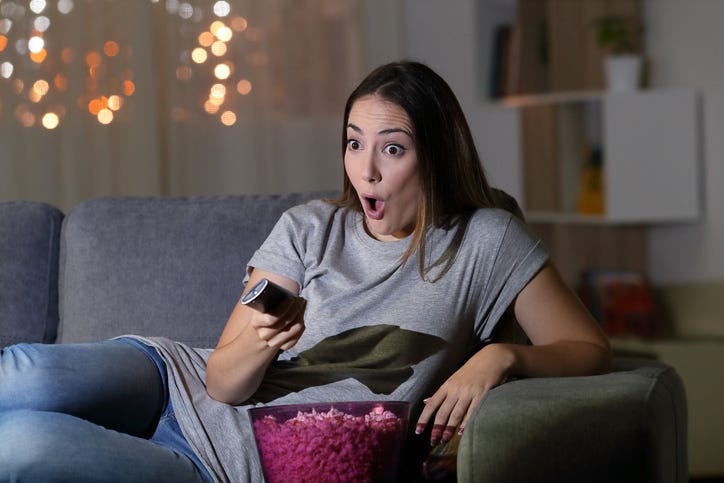 You’ve never seen a weather forecast make it rain quite like this.

KREM-2, the CBS affiliate in Spokane, Wash., spent about 13 seconds displaying a clip of a pornographic video behind meteorologist Michelle Boss instead of her trusty weather map on Sunday, according to Adweek.

The shot, showing a woman’s butt, was not exactly the kind of backdrop Boss expected to be shown behind her, but neither she nor anchor Cody Proctor acknowledged it before it was taken off the screen.

“The incident generated numerous calls from concerned citizens in the city and county,” said Spokane P.D. spokeswoman Julie Humphreys to the Spokesman-Review. “At the time of this release, the investigation is ongoing and no culpability of any kind has been determined.”

“We apologized to our viewers last night during our 11 p.m.
newscast. Those of us here at KREM-2 want to apologize for something that happened in our 6 p.m. newscast tonight,” read the statement from Anne Bentley, chief communications officer at TEGNA.

“An inappropriate video aired in the first part of the show.
We are diligently working to make sure something like this doesn’t happen again.”

Despite the apology, the incident could still yet draw a hefty fine from the Federal Communications Commission. The FCC levied a $325,000 fine to a Virginia station that suffered a similar gaffe in 2012. OnlyFans walks back changes, wants to be ‘a home for all creators’