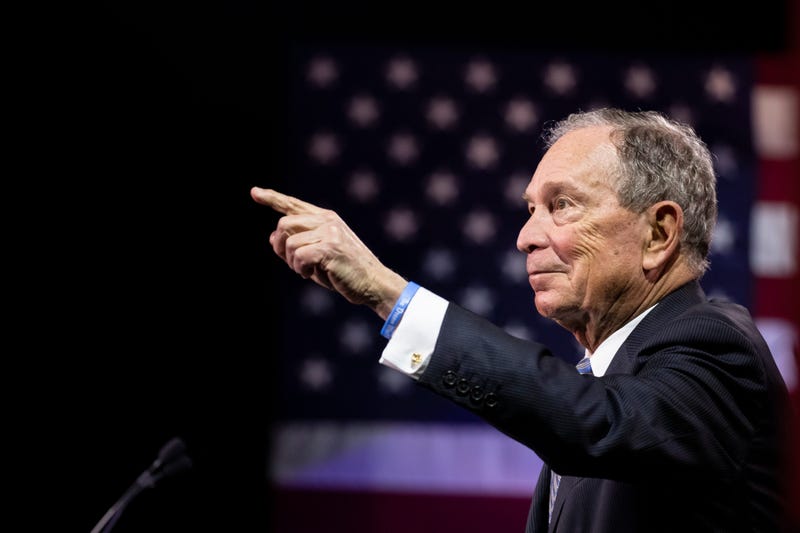 A Spoonful of Sugar!

Dom Giordano discusses the latest in the Mike Bloomberg campaign. Dom comments on Bloomberg's "condescending" attitude and Bloomberg's spiel on farming. Dom talks about Bloomberg's idea for people to save on healthcare, focusing efforts for younger patients as opposed to older patients. Dom compares Bloomberg to a Roman emperor, criticizing his rhetoric. Plus, Dom reveals the role Bloomberg portrayed on the stage, proving that art imitates life.

Dom Giordano talks with Former Philadelphia Mayor Michael Nutter about Mike Bloomberg's campaign and his Greenwood initiative and Bloomberg's ideas for how to combat poverty. Nutter comments on stop-and-frisk and also addresses Dom's critique of Bloomberg as "condescending." Nutter praises Bloomberg for making New York City "the safest city in America" and also questions Nutter about whether or not Bloomberg will be featured in the upcoming debate.

Cheryl Radachowsky, mother of Alanna Smith, a high school track athlete, is suing the state of Connecticut for their allowance of transgendered students to compete against girl athletes. Alanna Smith won the 2019 New England outdoor 400-meter champion as a Danbury (CT) High 9th grader, but has had trouble when asked to compete head to head against somebody who was born male. Radachowsky joins the Dom Giordano Program to explain the lawsuit and her plea for her daughter, and make it clear that this is not an anti-trans issue but rather a pro-Title IX conversation.