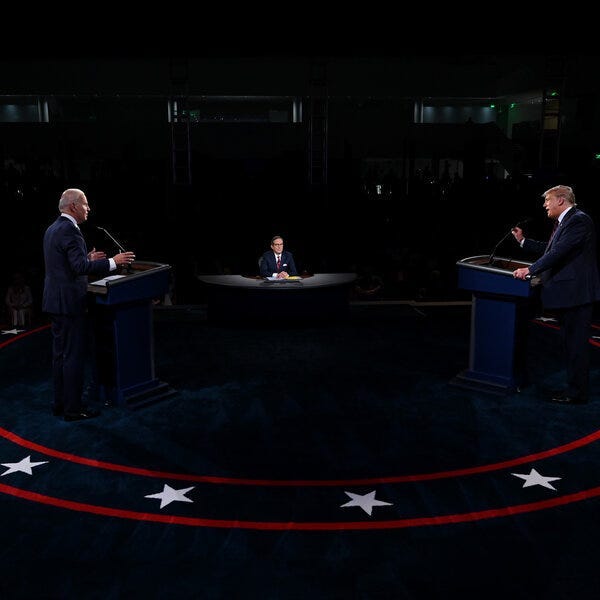 “Any way this commission, who is clearly in the tank for Joe Biden, anyway they can get together and make sure Joe Biden has a teleprompter. I’m sure they’re going to try and work to do it.”

Gidley continued, “If Biden gets pinned to the wall like that he’s definitely going to need to rely on some notes from a staffer or a teleprompter again.”

Gidley then speculated on what additional measures could be taken to prevent these potential tactics being used by the Biden campaign.

“There’s no way to know unless there is some agreement where there are staffers sitting in on their side. That’s really the only way to know.”

Gidley continued, “It’s pretty obvious Joe Biden is running most of his campaign out of his basement so taking out one of their staffers and adding ours is about the only way you could assume it would be okay. It’s a serious problem trying to make this virtual.”

The National Press Secretary even volunteered himself to be the staffer to monitor Joe Biden from his basement for the debate.

“I wouldn’t mind going down there.”

Gidley assured that there is no reason that the two candidates wouldn’t be able to participate in the debate in person for the October 15th debate.

“[Trump] wants to debate in person, there is no question about that. By the time that debate rolls around, it looks like he’s going to be in really good shape if things keep going in the right direction. There would be no reason they couldn’t be together on the same stage. Plexiglas or not.”

Listen to the full interivew: