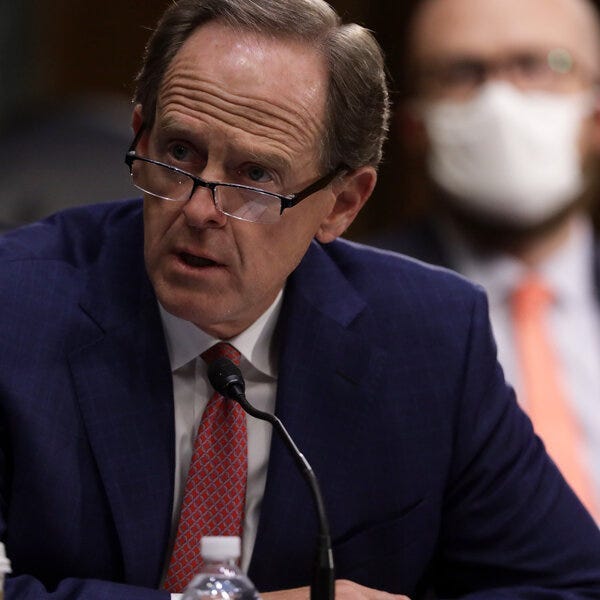 “It was ugly. Look, I just think it was way too aggressive. The insults and the shouting and the talking over missed an opportunity to have a more thoughtful and substantive discussion. There are so many huge, ginormous differences between the polices that President Trump and Vice President Biden are planning.

Toomey continued, “It was hard to make sense of anything with all the simultaneous shouting going on.”

“Everything I know about her, and it’s a fair amount, is that she is a remarkably strong candidate. I was very pleased to support her candidacy to the circuit court. I can’t imagine that I I’m not going to support her for the Supreme Court but I do want to let this process go out and have the interview that I customarily do.”

Toomey highlighted the hypocrisy of the Democrats’ from 2016 to today in 2020 in the nomination process for the Supreme Court,

“For the Democrats, the hypocrisy is amazing. In 2016, there was a Democratic President, Barrack Obama, he nominates Merrick Garland. Is there a single person alive who thinks that if the Democrats were in the majority [in 2016] they wouldn’t have confirmed Merrick Garland? Of course they would have.”

Toomey also highlighted how bad of an idea it would be if Democrats expanded and packed the Supreme Court. Something former Vice President Joe Biden refused to answer on in last night’s debate.

” Vice President Biden refused to answer the question ‘will you pack the Supreme Court?’ That was really unbelievable to me because the idea of packing the Supreme Court, the idea that a majority party will come in and if they don’t like the fact that they had lost previous elections and the other party was able to nominate Justices to vacancies. The response to that is not work on winning elections but rather just expand the size of the court.”

Toomey continued, “If we go down this road, then the courts just become an extension of the political elected branches of government. Lose their independence, we would lose our ability to have confidence in an impartial Justice. It’s an unbelievably bad idea. “