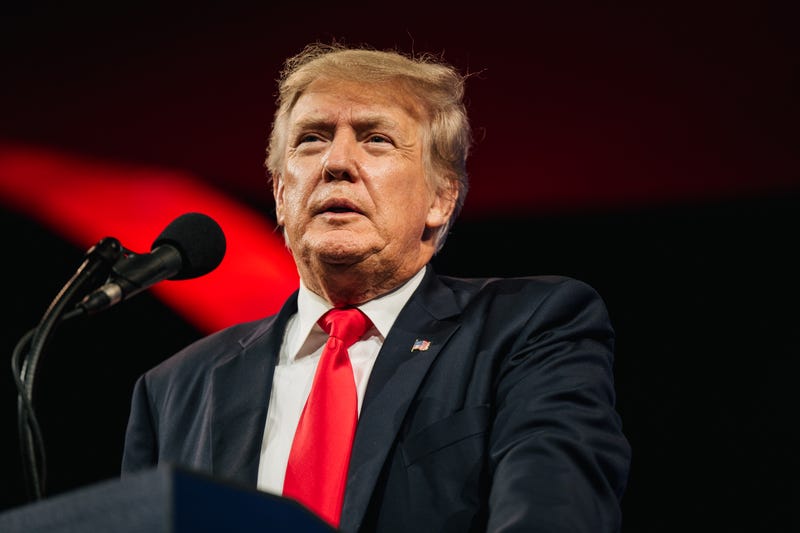 Former United States Attorney Bill McSwain joins the Dom Giordano Program for his first of many bi-weekly appearances discussing heightened crime in Philadelphia and Pennsylvania and the spread of critical race theory in schools throughout the state. First, Giordano asks McSwain to address breaking news surrounding his time spent as U.S. Attorney under President Trump, after the former president released a letter that McSwain wrote him regarding questions surrounding investigations into election fraud in the 2020 election. McSwain takes time to clear up the situation, explaining that he would encourage people to read the letter themselves rather than rely on third-person reporting of the letter, explaining that as an investigator, he felt the responsibility to consider all avenues. Then, McSwain and Giordano move into a conversation surrounding the heightened crime in the country, particularly in Pennsylvania, and discuss the emboldened nature of District Attorney Larry Krasner after winning his primary election against challenger Carlos Vega. Giordano and McSwain discuss Krasner’s far-left ideology, explaining that he’s only pushed further strongly with his lax-on-crime policies that have brought the city this rash of crime. Giordano makes the point that without somebody like McSwain to hold Krasner in check, this crime will only get worse.

Bill O’Reilly, famed conservative commentator and author of the best-selling Killing the Mob, rejoins the Dom Giordano Program to discuss his interview that he had with former President Donald Trump last week. Out of the box, Giordano after getting off an interview with USA Bill McSwain, asks O’Reilly what he believes to be his most impactful interview of all time. O’Reilly explains his time spent interviewing 9 different United States Presidents, and begins explaining his interview with Trump, in which he asked Trump whether or not he’s aware that the former President is considered the most controversial of all time. Then, Giordano asks O’Reilly whether he thinks Trump has committed to running for office again in 2024, and asks for his opinion on whether or not Florida Governor Ron DeSantis is the clear front-runner as the Republican option for the 2024 presidential election.

Pastor William Devlin of Infinity Bible Church, a regular listener and caller into the Dom Giordano Program, joins the show to discuss the situation unfolding in Cuba as citizens in the communist run country strive and march for freedom. Devlin has been doing Christian humanitarian work building churches, training pastors, and holding festivals throughout the country, traveling to Cuba 47 times in the past 15 years. Devlin takes us inside the lives of Cubans, explaining whether he thinks they can fight back enough to actually cause change in the country.  Also, Devlin discusses the perils of communism and takes us inside what it’s like living under a truly overbearing government.