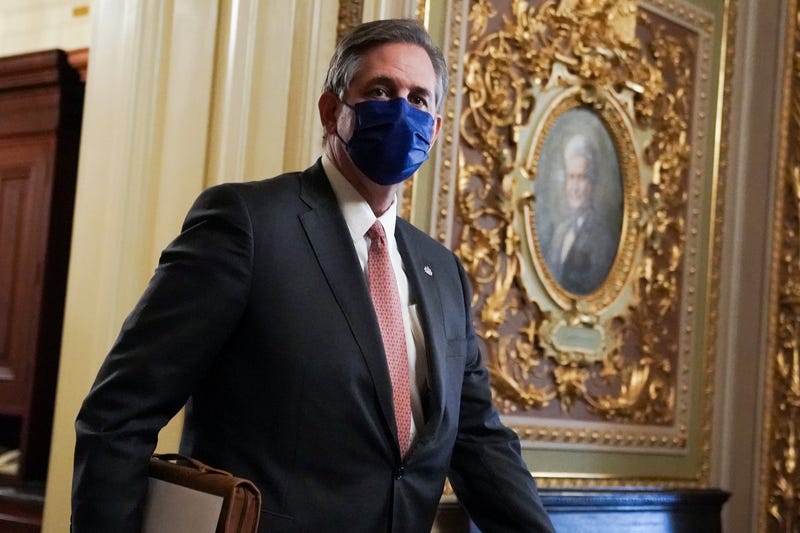 Bruce Castor, one of the lead attorneys who was representing Donald Trump in the impeachment trial, returns to the Dom Giordano Program for a post-trial check-in. First, Castor and Giordano discuss the defense employed by the team, and Castor explains why they approached the trial with constitutionality as the primary strategy.Then, Giordano asks Castor about his partner, Michael van der Veen, who has been the target of an angry left mob that has come after his business, home, and family. After that, Castor explains to Dom how Trump's actions weren't incitement, and further elaborates how this was instead a political ploy by the Left. Also, Castor reveals that if the Democrats were to insist on witnesses at the trial, he and the Trump team were prepared to call 300 witnesses to testify. Finally, Castor reflects on the trial and explains what he's learned in his time representing former President Donald Trump.

Janice Dean, meteorologist for Fox News, returns to the Dom Giordano Program to discuss her continued initiative to find out what exactly happened to her mother. Last year, Dean’s mother was a resident in a nursing home facility that irresponsibly welcomed Coronavirus patients in New York state at the beginning of the pandemic due to orders from New York Governor Andrew Cuomo. Last week, it came out that Cuomo’s administration covered up the numbers of how many nursing home patients died due to this decision due to fear of political retribution. Janice Dean explains the situation, and calls for Democratic lawmakers to join those pushing to investigate and strip the Governor of his executive powers. Then, Dean pontificates why Cuomo would make a decision like the one he made, explaining that there are many questions that the Governor needs to answer.

Joseph G. Allen, Associate Professor of Exposure Assessment Science at Harvard University, joins the Dom Giordano Program to discuss the notion of getting children back in schools for in-person schooling. Allen, along with other college professors, noted issues with the new CDC guidelines on reopening schools in an opinion piece in the Washington Post. In the piece, Allen explains that the new report on schools should be a wake-up call to parents everywhere: If they’re not back already, your kids are not going back to school full-time this year. Allen explains why he believes this to be true, and tells how he believes schools could indeed open safely, and notes the importance of having students back in schools for face-to-face instruction with teachers.