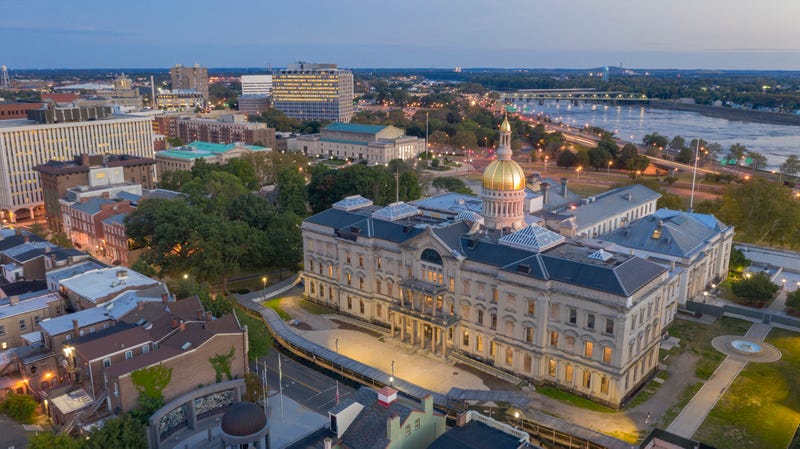 Jack Ciattarelli, candidate for Governor in the state of New Jersey, returns to the Dom Giordano Program to discuss yesterday’s debate, the second between Ciattarelli and incumbent Phil Murphy. First, Giordano and Ciattarelli discuss the Governor’s need to repeatedly bring up Donald Trump to make points against Jack Ciattarelli, while blatantly ignoring the negative impact of policies implemented by the current administration.  Ciattarelli and Giordano discuss multiple topics that came up during the debate, first discussing the SALT tax, then moving to a conversation about the wariness to discuss the topic of abortion.

Dr. Elana Fishbein with an Update on Grassroots Pushback against Overbearing School Boards

Dr. Elana Fishbein, leader of No Left Turn in Education, rejoins the Dom Giordano Program for another update on the unrest playing out at school board meetings throughout the country. Fishbein and Giordano discuss the news out of Virginia, in which a school board allegedly tried to reduce the impact of a sexual assault due to political ideologies. Then, Fishbein and Giordano talk about the concept of critical race theory, and discuss how it the theory is being infused into curricula throughout the country, even though radical Leftists refuse to admit that the concepts are being taught. Also, Dr. Fishbein updates the push for HB1332, a bill in Pennsylvania state congress, that would require more transparency from school boards when making decisions for students.

Sharyl Attkisson on the Concept of Vaccine Mandates

Sharyl Attkisson, host of Full Measure, returns to the Dom Giordano Program to discuss the concept of vaccine mandates. Attkisson, a lauded investigative journalist, is looking into multiple issues concerning vaccine mandates, including mandates set by hospital and airlines, which are both receiving pushback within their own industries.

Throughout today’s Dom Giordano Program, Dom asked listeners for the businesses or brands that they loved, that have since gone defunct. Early in the show, a caller reminisced about ‘The Bazaar of All Nations,’ a shopping destination that served Delaware County until 1993. Dave Skalish, longtime engineer of beloved Philadelphia radio stations such as WPHT, WIP, and KYW, joins the Dom Giordano Program to reminisce about the place where he spent much of his childhood.