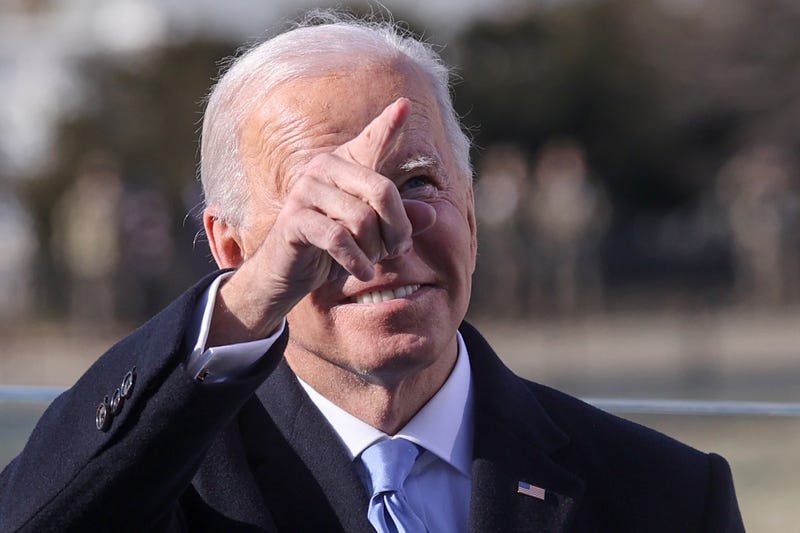 You Can’t Be An Abortion Extremist And A Devout Catholic

Today, Dom Giordano led off by reflecting upon yesterday’s inauguration of President Joe Biden, discussing his call for unity during his speech and the following press conference featuring new press secretary Jen Psaki. Producer Dan gets frustrated with the media coverage, noting the glowing reviews that mainstream media had for the press conference filled with avoidance and non-answers. Then, Giordano discusses an announcement by the United States Conference of Catholic Bishops, in which they warned that Biden would ‘advance moral evils and threaten human life.’

The 1776 Commission Should Be Heralded

In today’s second hour, Dom discusses the Biden administration’s decision to reverse course on President Trump’s 1776 Commission, a commission dedicated to fighting back against the anti-American narrative being spoon fed to children. Then, Giordano discusses Bruce Springsteen’s popularity after Dan takes aim on the artist for another underwhelming live performance. After that, Giordano circles back to Biden’s Catholicism, discussing the policies that he’s already pushing that counter his religious beliefs. Also, throughout the hour, Giordano discusses an upcoming hearing being held by the PA State Government Committee, in which Secretary of State Kathy Boockvar will be providing sworn testimony about her role in the election.

Rep. Seth Grove, Chairman of the Pennsylvania State Government Committee, rejoins the Dom Giordano Program to discuss an upcoming hearing today, in which Secretary of State Kathy Boockvar will provide sworn testimony about her role in the election, and answer questions as to how the state can improve election integrity in the future. First, Grove addresses the spin on the hearing by the Philadelphia Inquirer, in which they wrote the headline, ‘Pa. Republicans continue their clear ploy to continue to propagate false allegations,’ explaining that this is indeed not what the Inquirer claims.