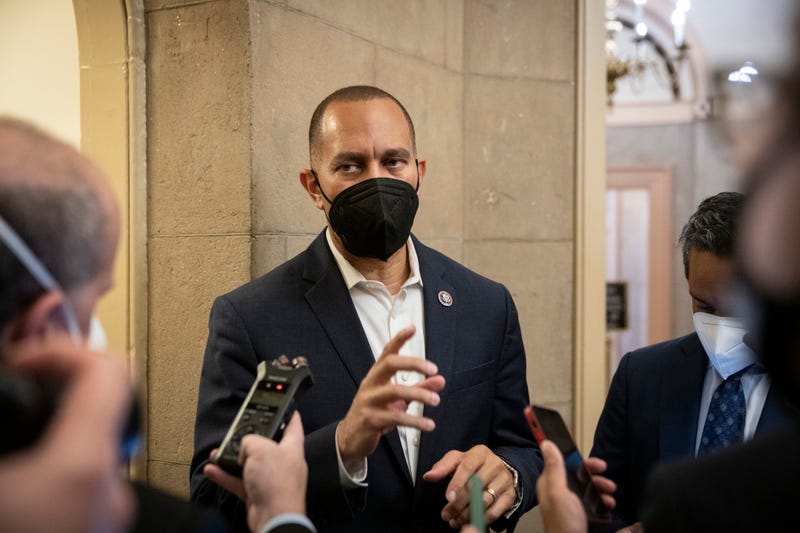 Today, Dom led off the Dom Giordano Program by discussing the battle on Capitol Hill over voting rights, as those on the Left continue to drive a racial wedge into the issue. Giordano also plays back another angle of attack by the Left, with Senator Bob Casey Jr. trying to pull at heart strings by suggesting 90 year olds in rural areas have issues voting. This reminds Giordano of a time where he took on the same line of thought in a debate with Joe Sestak, prompting Dom to play back highlights from the debate. Then, Giordano swings into a conversation about Philadelphia schools, telling about a Pennsylvania Supreme Court battle over funding in the public schools. Dom uncovers the proficiency scores for inner-city schools and is absolutely appalled to see a passing rate under 10%. Giordano, producer Dan, and callers discuss potential solutions for schools, and tell why school choice would drive accountability into what has become a monopolized system.

FULL HOUR | The Negative Implications of a Federal Vaccine Mandate

In today’s second hour, Dom welcomes back friend of the show Ron Tomalis, former Pennsylvania Secretary of Education, to discuss the dire situation in Philadelphia public schools. Giordano and Tomalis discuss how the city could find itself in such a funding struggle, allowing children to fail at an incredible rate. Tomalis reveals what is being done elsewhere to address budgetary concerns, offers what he believes to be the issue within the school system, and tells of the implications on taxes within the Commonwealth of Pennsylvania.

Then, Giordano continues with the conversation surrounding schools, discussing his qualms with the Philadelphia School District and telling listeners how Philadelphia schools deal with troublesome students. After that, Giordano shifts into a conversation surrounding vaccine mandates, after the Heritage Foundation revealed a small governmental organization who has announced it will keep a list of the religious preferences of employees who request a religious vaccine exemption.

In today’s final hour, Giordano leads off by discussing a new study into whether marijuana helps to ward off the effects of Coronavirus.
Giordano and Dan discuss why this story has been accepted by those on the Left, while alternative suggestions such as Ivermectin were panned by both the media and the Left. Then, Giordano moves into a local conversation surrounding carjackings here in Philadelphia, telling of the latest victim in a spike unseen in the city’s history, being an off-duty police officer who tailed the assailants after an attempted jacking.

Then, Giordano moves back into the national scene, discussing developments surrounding the battle over voting rights on Capitol Hill, as Democrats including Hakeem Jeffries try driving a racial wedge into the issue. Giordano plays back the clip from Jeffries, then plays back a clip by Senator Bob Casey alleging that Republicans don’t care about older rural voters. In addition, Giordano reveals breaking news on the Supreme Court vaccine mandate debate, telling of a 5-4 decision in favor of blocking the federal government’s vaccine-or-test requirement for large workplaces.