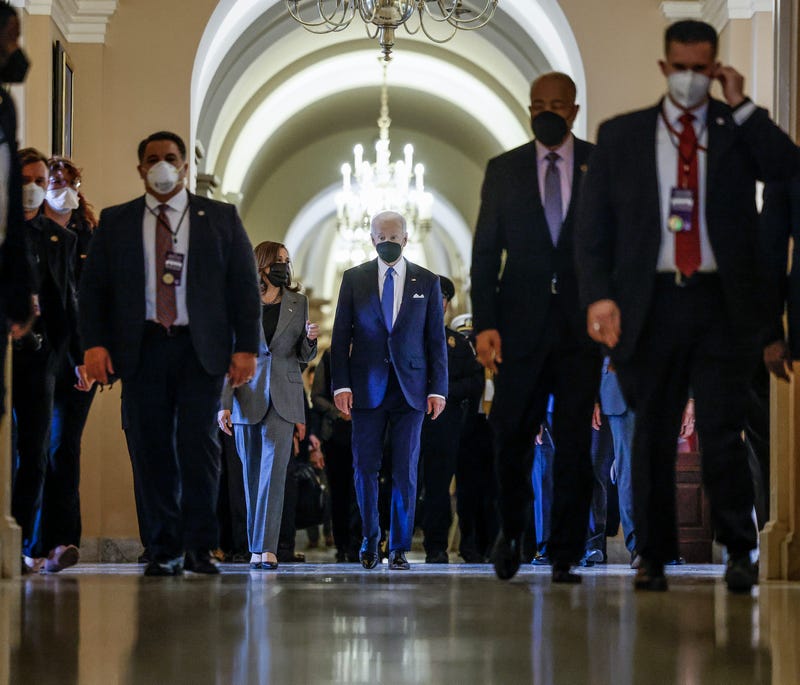 Today, Dom led off the Dom Giordano Program by discussing the one year anniversary of the insurrection on Capitol Hill on January 6th of last year, offering his thoughts on both Biden and Kamala’s speeches this morning. Giordano recaps the speeches, pointing out the hyper-politicization of the issue, and tells whether he thinks former President Donald Trump should respond. Then, Giordano and producer Dan introduce today’s side topic, telling about their guilty pleasures.

Then, famed political commentator Bill O’Reilly returns to the Dom Giordano Program to offer his thoughts on how former President Trump should respond to speeches made by President Biden and Vice President Kamala Harris concerning the one-year anniversary of the January 6th riot. First, O’Reilly, who’s still incredibly close to the former President, traveling throughout the country on a speaking tour, offers how he would think Trump feels today. O’Reilly tells that Trump knows how much the insurrection hurts his political potential, and tells that Trump and other Republicans need to confront this head on, admitting mistakes made on the day. Then, O’Reilly offers more details about the house panel on January 6th, and explains how he thinks Democrats will continue to frame the incident for political virtue.

In today’s second hour, Dom Giordano leads off by reflecting upon the January 6th events and discusses conservative allegations of voter fraud, offering his opinion on infusions of outside money, particularly from Facebook founder Mark Zuckerberg, into election efforts.
Then, Giordano reveals Packers QB Aaron Rodgers’ response to an NFL MVP voter who admitted he would not vote for the quarterback based on his vaccination, with Rodgers calling the sportswriter an ‘absolute bum’ who shouldn’t be allowed a vote in the future and Dom agreeing.

Then, Joan Cullen, President of the Pennridge School Board, returns to the Dom Giordano Program to clear up some misconceptions concerning a book audit in Pennridge schools. First, Cullen tells her side of the story on a book review that made headlines locally, after a children’s book Heather Has Two Mommies was pulled out of a library for review. Cullen reports that after the review, it has been determined that the book is indeed appropriate for the suggested age level, and has been returned to the library. In addition, Cullen reveals how Pennridge schools are approaching today’s historic January 6th Capitol riot.

In today’s third hour, Giordano leads off by continuing the discussion about January 6th and it’s fallout, and the media reaction to the one-year anniversary. Dom plays back a clip from local congresswoman Madeleine Dean, who in speaking of the danger of insurrectionists, told that The American President is her favorite political film. Giordano discusses how the film relates to the current political sphere, then tells of the importance of Pennsylvania in upcoming elections.

Then, Fox News legal analyst Andy McCarthy returns to the Dom Giordano Program to offer a legal look back on the events of January 6th of last year. First, McCarthy and Giordano discuss whether the situation could be legally designated an ‘insurrection,’ with McCarthy explaining that, while it is incredibly important to stress the severity of the event, it’s just as important to use the correct terms when discussing the situation. Then, McCarthy offers his thoughts of comparisons being drawn by Democratic politicians between January 6th and September 11th, and tells whether he believes this to be the first steps towards a new Patriot Act, as alleged by Ohio Senate candidate J.D.
Vance.