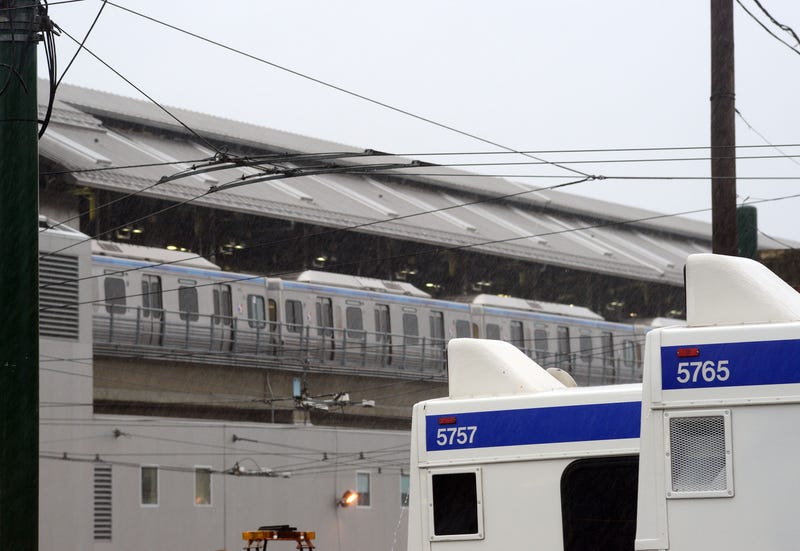 Today, Dom Giordano leads off the Dom Giordano Program by discussing another attack in SEPTA against a group of Asian-American students caught on video that has since went viral. Philadelphia Councilman David Oh joins Dom to lead off and gives his thoughts on the situation, and updates the intricacies of the story, which he’s followed very closely. Oh reveals that this is a repeated incident, with the perpetrator assaulting the same group of students in the past, and tells how much he wishes leadership would step in and actually help to find a solution to this rising wave of crime. Oh tells Giordano what he hopes changes here in the city and explains what he’s doing to help usher in said change, and tells listeners the history of anti-Asian hate in Philadelphia and around the country that’s left forgotten. Then, after Councilman Oh, Giordano opens up the discussion a bit, asking why those on the Left continue to turn a blind eye to hate crimes against Asians. Dom pontificates that, because it goes against everything within their narrative about minorities and meritocracies, those on the Left have to scramble to justify anti-Asian rhetoric. Then, Giordano announces that we just passed the two-year anniversary of the Coronavirus pandemic, and asks listeners what their biggest takeaways from the past two years have been.

In the second hour of today’s Dom Giordano Program, Pennsbury parents Simon Campbell and Tim Daly join to reveal an injunction granted by a federal judge, which invalidates the Pennsbury school board from utilizing policy 903 to silence public comment. For a long time now on the Dom Giordano Program, Dom has played clips of contentious debate between Campbell, Daly, and Pennsbury’s solicitor, who has repeatedly silenced parents during the open comment portion of school board meetings. Tim Daly takes us into the behind-the-scenes of the school board meetings and conversations he’s had with the solicitor, and tells why he decided pursue legal paths to push back against the repeated silencing by the school board. Then, Simon Campbell explains that Policy 903 was written from a template used all over the Commonwealth of Pennsylvania, provided by the Pennsylvania School Boards Association, explaining that this legal decision could have effect for other overbearing school boards throughout the State.

After getting off the phone with Campbell and Daly, Giordano receives a call from Joan Cullen, the Vice President of the Pennridge School Board. Giordano was hoping to speak with Cullen, as he looks to her as a school administrator who has taken a very measured approach to dealing with angry parents and gruff about mandates. Cullen reveals what her district is planning to do once on December 4th once the statewide masking order expires. Then, Lou Dobbs, a longtime mainstay on Fox News, joins the Dom Giordano Program to announce that he’s back, now with a great new podcast titled The Great America Show, which can be found LouDobbs.com. First, Dobbs reveals the mission statement behind the new podcast, telling that he hopes to feature others who are passionate for our country. Then, Dobbs and Giordano discuss the changing landscape of political rhetoric and why Dobbs felt he still needed to get his voice out there, and discuss individual topics playing out in the political sphere, including strife at school board meetings and whether Trump will throw his hat back into the ring.

What Will You Be Discussing With Family At Thanksgiving?

In today’s third hour of the Dom Giordano Program, Dom leads off by discussing the 2-year anniversary of Coronavirus and asks listeners what they plan to discuss around the Thanksgiving table. Giordano reveals a common theme from the past decade, in which media outlets send out marching orders for how to navigate tough issues when brought up at Thanksgiving. Then, before offering today’s Money Melody, Dom takes a call from a listener who would like to hear more accountability for SEPTA Chief Thomas Nestel after repeated instances of violence on local public transit. In addition, Giordano brings back into discussion a column penned by a Penn basketball assistant coach that attempts to justify why the basketball team continues to protest the anthem. Also, Giordano offers his thoughts on the potential for a military draft, and whether women should be considered if a draft were enacted.