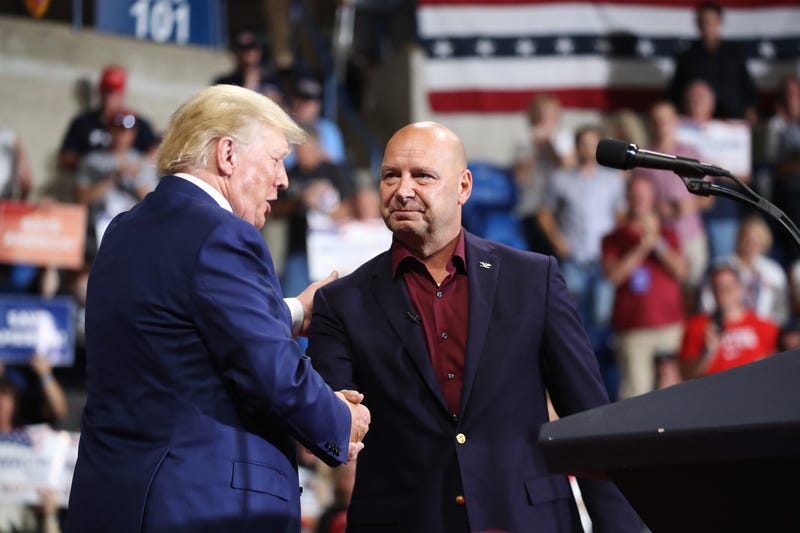 Not A Good Night For Pennsylvania Republicans

Today, Dom led off the Dom Giordano Program by offering his analysis on the bleak results of the 2022 election, which saw both Dr. Mehmet Oz and Doug Mastriano lose their respective races for Senate and Governor. Dom runs through the exit polling, telling which issues he thinks swung the election in favor of Democrats yesterday, focusing largely on women voters and the topic of abortion. Then, Giordano looks at the positives that came out of yesterday, discussing the crushing victory of Republicans in Florida, playing back clips from Governor Ron DeSantis’s speech after winning re-election. Also, Giordano brings things local, telling of results in state-wide elections and the implications on a potential impeachment of Philadelphia District Attorney Larry Krasner.

Then, Dom welcomes actor and comedian Paul Reiser to the Dom Giordano Program, just ahead of his Friday night appearance at the Keswick Theatre in Glenside, PA. Reiser, who has an incredible body of work, first tells Giordano about his lengthy career, with Dom and Reiser delving into his career that began in films like Aliens and Beverly Hills Cop, then moving into being a sitcom star with Mad About You, and now as a critically-acclaimed dramatic actor as Dr. Sam Owens in Stranger Things. Also, Reiser tells Giordano how he broke into acting, and how he plans to return to the stage as a stand-up after being deemed a top 100 comedian by Comedy Central. To get tickets to Friday’s show, head to KeswickTheatre.com.

In today’s second hour, Dom welcomes Liz Preate-Havey, Chair of Montgomery County’s GOP, back onto the Dom Giordano Program for some deep analysis on local races that were overshadowed yesterday by the gubernatorial and senate races in Pennsylvania. Preate-Havey reveals the results of a close race for State Representatives and Senators out in Montgomery County, telling that local Democrats have started declaring victory even though some are winning by less than 10 total votes. Then, Giordano and Preate-Havey discuss the implications that Doug Mastriano and Dr. Mehmet Oz had on the lower ballot races, explaining the impact that Shapiro’s gubernatorial victory held on Republican candidates.

Preparing The Road Ahead for Republicans

Then, Dom rounds out the remainder of the hour discussing the implications of the Republican loss in Pennsylvania, discussing what he expects from both Shapiro and Fetterman in their newly elected positions. Also, Giordano discusses the future of the Republican Party and why he believes Florida Governor Ron DeSantis to now be in the driving seat instead of former President Donald Trump.

What’s The Future Hold for the Republican Party?

In today’s third hour, Dom Giordano continues the Dom Giordano Program by offering his commentary and analysis on yesterday’s midterm elections, speaking in a grander scope, focusing on the national landscape. Dom offers his thoughts on Florida Governor Ron DeSantis’s big win, telling of the support he received from Hispanic voters, a change in recent elections. This leads Dom into a conversation about the face of the Republican Party, asking whether Trump will run in 2024 and if Ron DeSantis has supplanted the former President as the leader of the Republican Party.

Then, Dom welcomes former PA Senator Rick Santorum back onto the Dom Giordano Program to discuss what unfolded yesterday after a loss from both Dr. Oz and Doug Mastriano in the Senate and Gubernatorial races in Pennsylvania. Santorum, who’s accustomed to winning the Commonwealth, explains what he thinks should’ve been done differently for Republicans to secure victories in their respective races. Also, Santorum offers his thoughts on Ron DeSantis, telling how he believes him to be a revolutionary figure, and tells what he expects to see from the Republican Party moving forward.