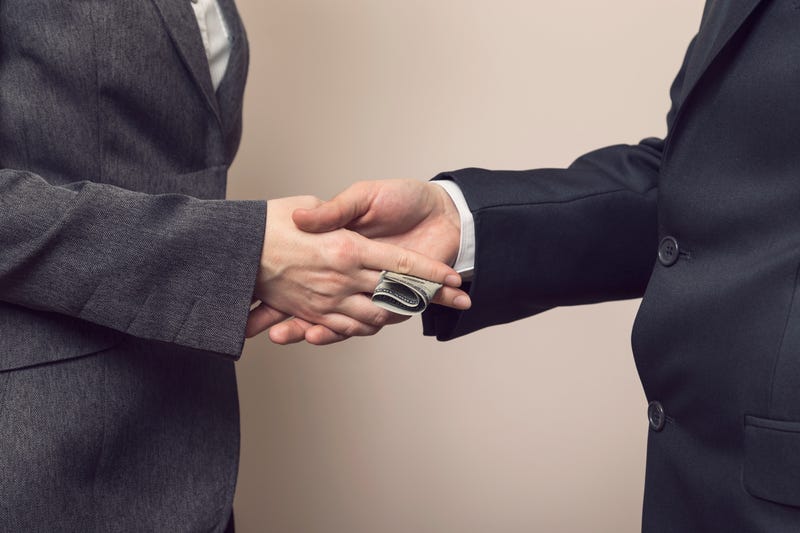 Today, Dom led off the Dom Giordano Program by discussing a situation that is already starting to rear its ugly head again, that being the issue of black ice on Roosevelt Boulevard. 6ABC reported that yesterday, due to icy conditions, 15 to 20 vehicles crashed on the main thoroughfare. Giordano pontificates the reasons behind such danger, bringing it back to the leadership in-and-around Philadelphia, which has repeatedly left easily fixable situations unsolved. Then, Giordano switches over to a national discussion, playing back media reaction to the Kyle Rittenhouse trial, and gives his biggest takeaways from the trial so far, including the prosecutor’s tendency to rely on virtue signaling as an in-court tactic.

After that, former United States Attorney Bill McSwain, a gubernatorial candidate for Pennsylvania, returns to the Dom Giordano Program to discuss multiple issues in and around the State. First, Giordano and McSwain talk about the issue of rampant political corruption in Philadelphia, after a federal jury convicted union leader John Dougherty and Philadelphia councilman Bobby Henon to conspiracy charges. Giordano and McSwain clarify the former U.S. Attorney’s role in the investigation that led to the charges, telling that he made it one of his office’s top priorities while he held office. Also, Giordano and McSwain tell what this means for the future of politics here in the city and the region following the indictments. In addition, McSwain comments on the continued silence of Pennsylvania Attorney General Josh Shapiro, and offers his thoughts on the ongoing Kyle Rittenhouse trial.

Todd Shepherd, chief investigator for Broad+Liberty, joins the Dom Giordano Program to lead off the second hour, to discuss a fantastic investigation into the Diversity, Equity, and Inclusion program in the Bensalem school district. In his piece, Shepherd uncovered that the Bensalem Township School District paid a consulting firm over $100,000 to a consulting firm for an ‘Equity Review,’ in effort to develop a plan alongside the districts new DEI committee. Todd takes us through what he discovered, and gives us a temperature of the town of Bensalem, explaining what has led to the decision to implement such a committee.

Then, famed attorney Alan Dershowitz rejoins the Dom Giordano Program to offer his thoughts on both the Kyle Rittenhouse trial, and the surrender of Steve Bannon for contempt of Congress charges. First, though, today’s side topic on the show are trials and court cases that broke through into the realm of national discussion, so Dom asks Dershowitz to take listeners into the OJ Simpson trial, in which he served as part of ‘the Dream Team.’ Then, Giordano and Dershowitz switch lanes to the Kyle Rittenhouse trial, with Dershowitz giving his takeaways and issues he has had from the trial. Dershowitz breaks down the horrible prosecution, and tells what he would have done serving on both sides in the trial.

NJ State Senator Joe Pennacchio joins the Dom Giodano Program to lead off today’s third hour, to discuss a bill he has penned that would effectively ban critical race theory in the state of New Jersey. First, Giordano and Pennacchio discuss the concept of critical race theory and the effort to rewrite the narrative of our history, with Pennacchio explaining some of the objectively racist themes within the curricula. Then, Pennacchio updates Giordano on another bill previously discussed on the show, being Pennacchio’s push for the legitimacy of other Coronavirus solutions, such as Ivermectin.

Then, Anita Edgarian, an Iranian immigrant and mother of three, rejoins the Dom Giordano Program after running for school board in her West Chester school district. Edgarian first joined the show after police removed her from a school board meeting after speaking out against critical race theory. In the incident, school board President Chris McCune left his seat on the stage and forcibly removed Anita’s microphone after she called him out for his support of anti-racist teachings. Because of this, Edgarian ran for school board, and while she did not win her election, she did accomplish her ultimate goal, and Chris McCune lost his seat on the school board. Edgarian tells us why she decided to run for school board, and tells whether there has been any movement against critical race theory in her school district.