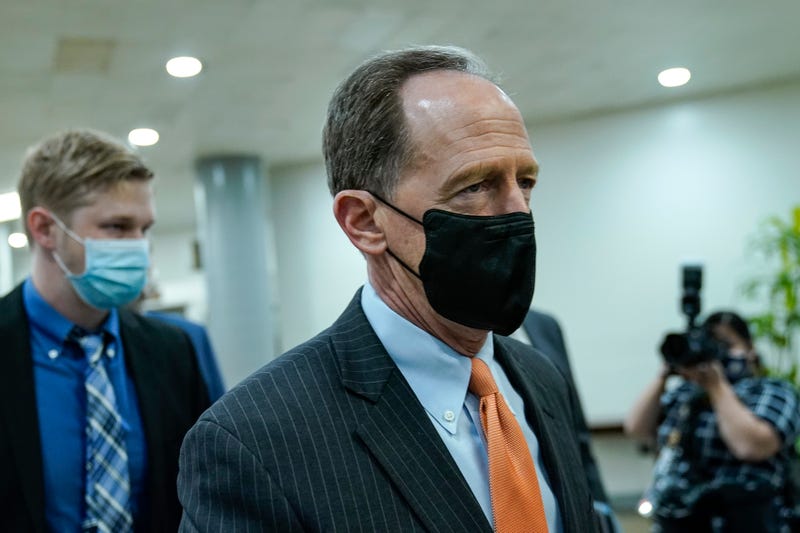 Patrick Boyle, President of the Ancient Order of the Hibernians, returns to the Dom Giordano Program to discuss a letter he wrote to District Attorney Larry Krasner regarding his deceased son, former Philadelphia officer Danny Boyle.
Back in 1991, Boyle was killed as a 21-year-old rookie officer after stopping a stolen car. Last week, word came out of the District Attorney’s Office that he had covered a wall of remembrance for fallen officers. Because of this, Boyle penned a letter that asked the District Attorney's office to send him his son's picture if he refuses to display it. Boyle tells whether or not he’s heard a response from the office, and explains how listeners can become involved in the scholarship fund named after his son.

Rep.
Brian Fitzpatrick rejoins the Dom Giordano Program to discuss multiple issues playing out in the United States Congress. First, Fitzpatrick takes an overall look at the decisions made by the Biden administration, explaining his position on both the stimulus debate, and the prevalence of cancel culture. Also, Fitzpatrick discusses H. R. 1, which authorizes the use of taxpayer dollars to fund campaign salaries, negative TV ads and mailers, and healthcare services for candidates. Fitzpatrick notes that at a time when it’s incredibly important to restore faith in elections, H.R. 1 does the exact opposite.

Joe Gruters, Chair of the Republican National Convention’s election integrity committee, joins the Dom Giordano Program to discuss this new initiative by the RNC focused on combating an issue that’s boiled to the surface after a highly controversial 2020 Presidential election. Gruters explains that they’re not wanting to look back on the previous election, but to insure integrity in future elections through voter ID laws and more secure voter rolls. Gruters explains that the new committee is bringing model legislation to swing states to discuss potential reforms in future elections. Also, Chairman Gruters lays out what these reforms may look like, and further explains how the RNC hopes to enact policies dedicated to securing elections.

Senator Pat Toomey returns to the Dom Giordano Program to discuss issues playing out in the Senate, in particular the fight over the newest stimulus package. First, Giordano and Toomey get into it over Toomey’s lack of support for another stimulus injection into the economy, with Toomey explaining that he is not on board with the government being in the business of sending out money to people who have no lost income. Then, Toomey gives his thoughts on the confirmation hearings for members of Joe Biden’s cabinets, explaining his decision on former Pennsylvania Secretary of Health Rachel Levine. Also, Toomey comments on the conversations held by the Pennsylvania state RNC regarding his potential censure.