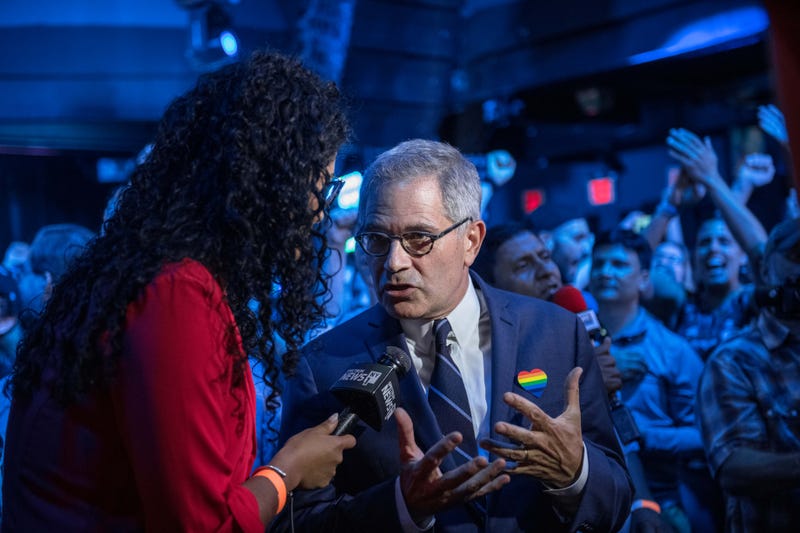 Full Hour | Today, Dom led off the Dom Giordano Program by offering updates after the revolutionary letter sent by State Senator Jake Corman to the Pennsylvania Assembly, calling for the impeachment of Philadelphia District Attorney Larry Krasner. Giordano plays back a clip from Fox 29’s Bruce Gordon, who dismisses the effort as a political move, arguing why this is incredibly important to Philadelphia. Then, Giordano plays back a clip from a recent Howard Stern show, in which the host said that unvaccinated people, in ‘Howard’s America,’ would be sent to go home and die. For the remainder of the hour, Giordano takes callers both agreeing and debating whether Howard stern is correct, and circles back to the topic of Krasner’s impeachment.

Full Hour | In today’s second hour, Giordano leads off by welcoming back to the show both attorney George Bochetto and Maureen Faulkner, the widow of slain officer Danny Faulkner, victim of Mumia Abu-Jamal. This week, Abu-Jamal and his lawyers will file their 6th petition to get Mumia out of jail, which Bochetto and Faulkner is a possibility due to DA Larry Krasner’s past efforts to use the case as a political tool. In response, Maureen has come back to town to hold a rally and press conference to demand that Krasner step aside, and announce that she and Bochetto will be filing a motion to compel the judge to assist in Krasner’s removal. Bochetto and Faulkner tell Giordano the deeper meaning of this case, and Faulkner tells listeners how it feels to continue reliving the most horrific event of her life.

Then, Giordano welcomes back in Democratic State Senator Sharif Street, after the Senator’s name was dropped in the letter sent by Republican Senator Jake Corman to the Pennsylvania Assembly calling for the impeachment of Philadelphia District Attorney Larry Krasner. In the letter, Corman writes, “our own colleagues in the General Assembly are not immune to this epidemic of violence. Senator Sharif Street’s family suffered a terrible tragedy in July when his cousin was murdered. His office was also struck by bullets during another shooting last month.” Street tells why he takes umbrage with his name being included in the statement, telling why he will not support the impeachment of Krasner. Giordano and Street discuss Street’s stance on Krasner and law enforcement, with Street proposing Krasner policies that have indeed worked.

Would You Trust A Self-Driving Truck?

In today’s third hour, Giordano leads off the third hour by discussing and dissecting last hour’s interview with State Senator Sharif Street, who told us that he was not in support of impeaching Larry Krasner.
Then, Giordano and Dan switch back to a topic discussed at the end of the prior hour, revealing a new push by the Feds to allow 18 year old truck drivers to drive interstate, and ask listeners whether they would trust a self-driving 18 wheeler over an 18 year old. Then, after playing Dom’s Money Melody, Giordano plays back clips from Warriors minority owner Chamath Palihapitiya, who exclaimed that nobody cares about the Uyghur people.

Then, Salih Hudayar, Prime Minster of East Turkistan Government in Exile, returns to the Dom Giordano Program to discuss comments made by Warriors minority owner Palihapitiya, who said in a podcast this week that nobody cares about the Uyghurs. First, Hudayar offers up his opinion on Palihapitiya’s words, telling that he somewhat agrees with what he said, telling how he wishes there was more awareness centered on the human rights issues that Uyghurs face. Then, Hudayar reveals evidence of concentration camps in China, and gives his opinion on the upcoming Olympic Games in China.