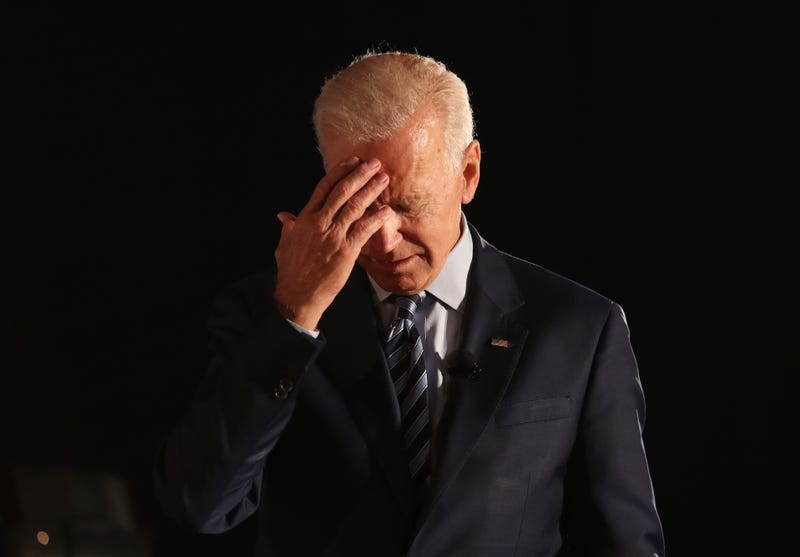 What Are The Real Causes For Inflation?

Today, Dom led off the Dom Giordano Program by discussing the continued increased inflation that we are seeing, telling of gas stations that are closing in on $4 a gallon in and around Philadelphia. Giordano plays back a clip of MSNBC’s Stephanie Ruhle, who suggests that the rampant inflation is passable since citizens can allegedly afford it. Then, Giordano offers up the question of the day, asking listeners today to give him their favorite all-time catchphrases. After that, Giordano reveals a letter left with one of his sponsors, in which a listener called out his actions during a wedding anniversary with his wife. After that, Giordano and his producer Dan discuss a skit on this weekend’s Saturday Night Live, in which Pete Davidson horribly dressed up as Joe Rogan to make a corny joke about Ivermectin. Then, Giordano moves back into the realm of serious discussion, calling out the organization that organizes diversity and inclusion audits for school districts throughout the country.

Ray Didinger Breaks Down The Eagles Win Against The Broncos, Johnny Doc Verdict Comes Down

In today’s second hour, Dom leads off by discussing an interview that Secretary of Treasury Janet Yellen gave over the weekend, in which she suggested a solution to our labor shortages could be by increasing immigration. Dom takes umbrage with the suggestion, revealing a story in which people have alleged parents sending their children to work are supporting child labor. Giordano then plays back another alleged reason for our supply issues, being the racism within the trucking profession. Then, Giordano discusses the success of Paramount’s Yellowstone, and whether the success is a reflection of the content of the show, being heavily shrouded in themes of Americanism. Then, halfway through the hour, legendary Philadelphia sports broadcaster Ray Didinger returns to the Dom show to break down yesterday’s win over the Denver Broncos. First, Giordano and Didinger lead off by discussing the improvements in coaching we’ve seen over the season, returning to a critical conversation about head coach Nick Sirianni and defensive coordinator Jonathan Gannon, who coached an incredible game against a formidable Broncos coaching staff. Then, Didinger gives his thoughts on quarterback Jalen Hurts, who put up numbers yesterday that nobody would have expected, and the running game which put up over 200 yards in the game. After Didinger, jurors decide the verdict for the corruption case involving union leader John Dougherty and council member Bobby Henon, and Giordano tells listeners what the convictions for both mean for Philadelphia politics.

In today’s third hour, Dom leads off by continuing the conversation centered around the jury’s verdict in the conspiracy case involving labor union leader Johnny “Doc” Dougherty and Philadelphia city councilman Bobby Henon. In the decision, jurors found Dougherty guilty on 8 of the 11 charges and decided Henon was guilty on 10 of his 18 charges. Giordano lays out what this means for both Philadelphia politics and business, noting the pull that Johnny Doc had in both industries during his reign of power. The conversation persists through the entire hour, with conversations about Biden’s infrastructure bill and other relevant topics sprinkled in.