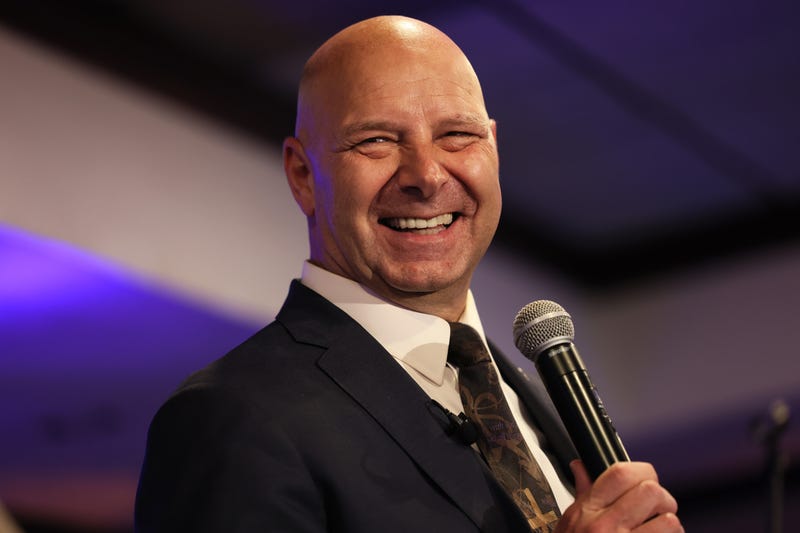 The Importance of Cross Examination at the Jan 6th Hearings

Today, Dom led off the Dom Giordano Program by telling that he has returned to Wildwood, but tells that only means better things for the audience with a continued trend of big issues and big guests, teasing that PA gubernatorial candidate Doug Mastriano will be joining at 2:30PM. Then, Dom offers his review of an interview between Bret Baier and Liz Cheney on the January 6th hearings, telling why he continually stresses the importance of cross examination. Then, Dom introduces the side topic of the day, asking listeners who they think is a great all-time villain in either history or fiction. Then, Giordano takes some calls from listeners who have suggested questions for the upcoming interview with Doug Mastriano.

Then, after recapping a great weekend in Wildwood and telling of a great Neil Diamond cover band he saw for the second time, Dom receives an impromptu call from the lead singer of said cover band. Curtis, the lead singer of Real Diamond, graciously offers his time for a line of questioning from Dom and Dan, telling about his career and time spent with legends such as Elvis Presley and Roy Orbison. Also, Curtis tells Dom about his upcoming dates, and excites Dom by telling him that he’s now working on an act that would merge Diamond with songs from Elvis and Dom’s favorite crooner of all time, Tom Jones.

After that, Clarice Schillinger, former candidate for Lieutenant Governor in Pennsylvania, returns to the Dom Giordano Program to announce that she’s taking her state-wide Back to School PA PAC to a national level. Clarice tells about controversies she’s becoming involved with out in California and across the country with the new Back to School USA PAC, telling that the organization is focused on countering the hyper-progressive shift many parents are seeing in their school districts to counteract the teachers’ union.

In today’s second hour, Dom leads off the Dom Giordano Program by playing back clips from a doctor in Los Angeles discussing gender affirmation surgery, suggesting surgery for youth is okay because the person would be able to reverse it with further surgery later in life. Then, Giordano tells about a local Women’s organization fighting against domestic violence that has been sullied by infighting, telling of a Diversity, Equity, and Inclusion program that has staffers fighting over whether or not white people are inherently racist rather than helping women in domestic abuse situations.

Then, Dom welcomes in Ari Fleischer, former Press Secretary for George W. Bush and author of the new Suppression, Deception, Snobbery, and Bias: Why the Press Gets So Much Wrong and Just Doesn’t Care, onto the Dom Giordano Program. Dom and Ari discuss a notion that persists throughout Ari’s book, that being the lack of diversity in newsrooms, telling about the disappearance of a diversity of thought. Giordano hones in on the snobbery propagated by those in mainstream media, with Fleischer telling of a poll that shows only one group feels that the press understands them, being college-degree Democrats.

Mastriano: The Decision on Abortion Would Fall to the People

In today’s third hour, Dom leads off by discussing a local story, telling of some beef between local sports reporter Jim Salisbury and Philadelphia Phillies Outfielder Nick Castellanos, with Salisbury grilling the player over his despicable performance since joining the team. Then, Dom and Dan discuss a new athletic option offered at Holy Family University, with an announcement of the introduction of a new e-sports team.

Then, Senator Doug Mastriano, Republican candidate for Governor in Pennsylvania, rejoins the Dom Giordano Program to discuss his campaign and push to become Governor. First, Dom asks Mastriano to reintroduce himself to the audience, telling of his long resume of service, serving and teaching for the U.S. Army. Then, Dom asks Mastriano for his top issues, with Mastriano stressing the importance of law and order in particular, alluding to the ridiculous spike in crime in Philadelphia. After that, Giordano asks Mastriano about why he hasn’t utilized the downfalls of progressive policies here in Philadelphia to his advantage, with Mastriano previewing multiple upcoming trips to the Southeastern Pennsylvania region. Then, Giordano gets Mastriano’s thoughts on abortions, particularly which exceptions he’d allow, with Mastriano explaining that he’s a Constitutionalist first and foremost, and that his personal thoughts don’t matter, telling that the decision on abortion would be left completely to the voters if he were elected.