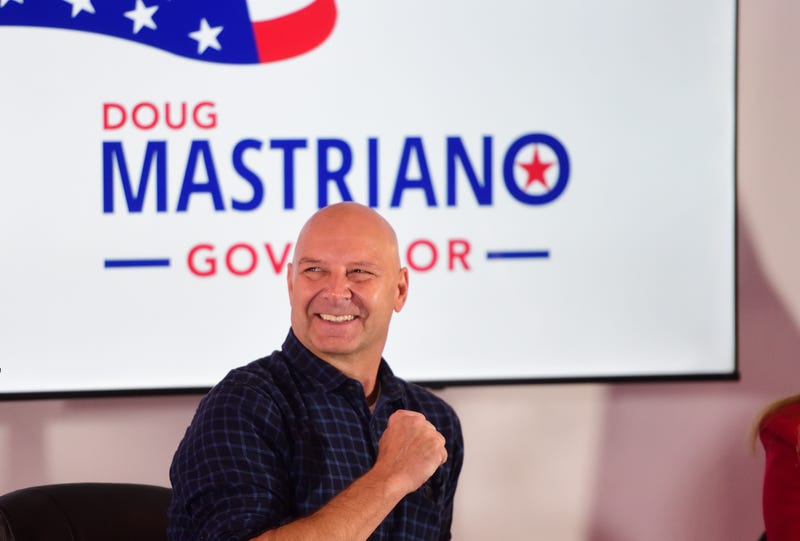 Today, Dom led off the Dom Giordano Program by discussing what unfolded at Davos, the annual meeting of the Elites as they virtue signal about environmentalism and climate change. Then, Dom offers his thoughts on a controversy playing out over Philadelphia Flyer Ivan Provorov, who refused to wear a LGBTQ+ pride jersey during team warmups due to his religious beliefs.

Then, Dom welcomes ace Fox29 reporter Steve Keeley back onto the Dom Giordano Program to discuss another violent day in Philadelphia that saw another 5 homicides in 28 hours. First, Keeley discusses Philadelphia’s public transportation system, SEPTA, which has come under fire after being the setting repeatedly of violent crimes. Giordano and Keeley discuss ways to remediate the situation in SEPTA, warning that things may get worse as time goes on. Then, Dom and Keeley discuss a crazy situation that unfolded outside Philadelphia’s United States Court House yesterday that ended with a man shot after he threatened a security officer with a sharp-edged object while wearing a vest with wires.

After that, Dom welcomes in Jim Bovard, author of 10 books and member of the USA Today Board of Contributors, back onto the Dom Giordano Program to discuss a column he penned for the New York Post telling ‘how a corrupt FBI could save Joe Biden in the classified document scandal.’ First, Dom asks Jim whether he sees any improvement in the media’s covering of these types of issues after their relentless ignorance toward news that paints Democrats in a bad light. In addition, Dom and Bovard discuss the inner-workings of the FBI, with Bovard telling that while more agents are becoming whistleblowers, he’s concerned that the corruption within the brass would give the President a pass.

In today’s second hour, Dom leads off by offering an update in the Mark Houck case. Houck was the individual who was raided by the FBI after allegedly assaulting an escort outside a local Planned Parenthood after words were allegedly exchanged with his son. Then, Dom tells about a controversy playing out in Virginia over National Merit Awards after multiple schools failed to notify parents and students about their winning of the award.
Also, Dom plays back some more clips from Davos, where liberal elites have congregated to once again discuss environmentalism in their annual show of virtue.

In today’s third hour, Dom welcomes back Pennsylvania State Senator Doug Mastriano, former gubernatorial candidate in Pennsylvania, to discuss and reflect upon his campaign against now Governor Josh Shapiro. First, Dom and Doug discuss the Republican stance on mail-in balloting, with both agreeing on the necessity for a Republican reformation on the way they approach the issue, re-purposing it as a tool to gain more voters. Then, Dom asks Mastriano if he’d consider reframing his stance on abortion in a future campaign after the issue became the main topic of his campaign, with Mastriano explaining why he believes there is a path forward for a candidate who believes in no exceptions for abortion. Also, Mastriano tells about his relationship with both the national and statewide Republican committee, and why he felt support could’ve been much stronger, which he believes would’ve had a large impact on the results of the campaign.

Then, throughout the remainder of the hour, Dom takes calls discussing the Mastriano interview, with callers offering what should be done differently for future success.