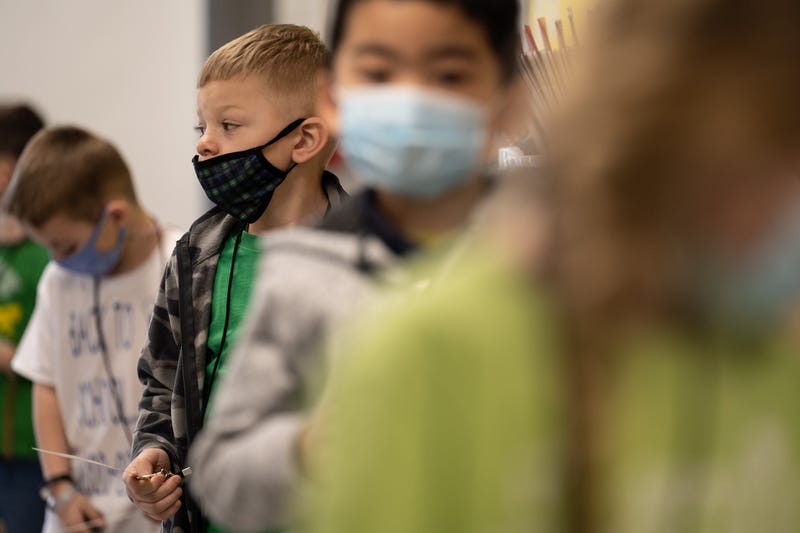 Senator Jake Corman, President Pro Tempore of the Pennsylvania Senate, rejoins the Dom Giordano Program to discuss Governor Wolf’s surprising decision to implement a mask mandate for Pennsylvania schools. Corman explains that he and other state Republicans did not see this coming, but suspected something may happen after lawmakers were summoned back to Harrisburg. Corman explains how Wolf was able to implement such an edict, and tells what Republicans in the state can do to push back. In addition, Corman explains the roles that school boards play in the new announcement and what power they have to enforce such an edict, and gives an update on the push by Pennsylvania Republicans to secure elections.

Pennsylvania State Representative Torren Ecker rejoins the Dom Giordano Program to discuss the announcement by Governor Wolf to impose a mask mandate for Pennsylvania schools. Rep. Ecker explains the situation that has led to this decision, explaining that Wolf somewhat went through a back door to impose said mandate. Ecker explains how a decision like this relates to the Emergency Act legislation that Republicans set forth earlier in the Coronavirus pandemic. Rep. Ecker explains that he continues to push for local control, telling that legislation that he supports is in the works to help reinforce the power of local governments, those who, in Rep. Ecker’s opinion, know best.

Clarice Schillinger, head of the Back to School PA PAC dedicated to funding grassroots school board candidates, rejoins the Dom Giordano Program for an update in the shadow of Governor Wolf’s announcement for a mask mandate throughout the state of Pennsylvania. Schillinger tells what she worries about after the announcement, explaining that if he can do this using a backdoor, there is nothing stopping him from closing schools again. Schillinger takes us through lawsuits that are playing out in courts that will allow for a potential injunction on such overbearing edicts, but asks, in the meantime, what are our children supposed to do? In addition, Schillinger updates the progress of her organization, noting that they have now spent $300,000 funding local school board candidates to counter the backing provided by teachers unions.