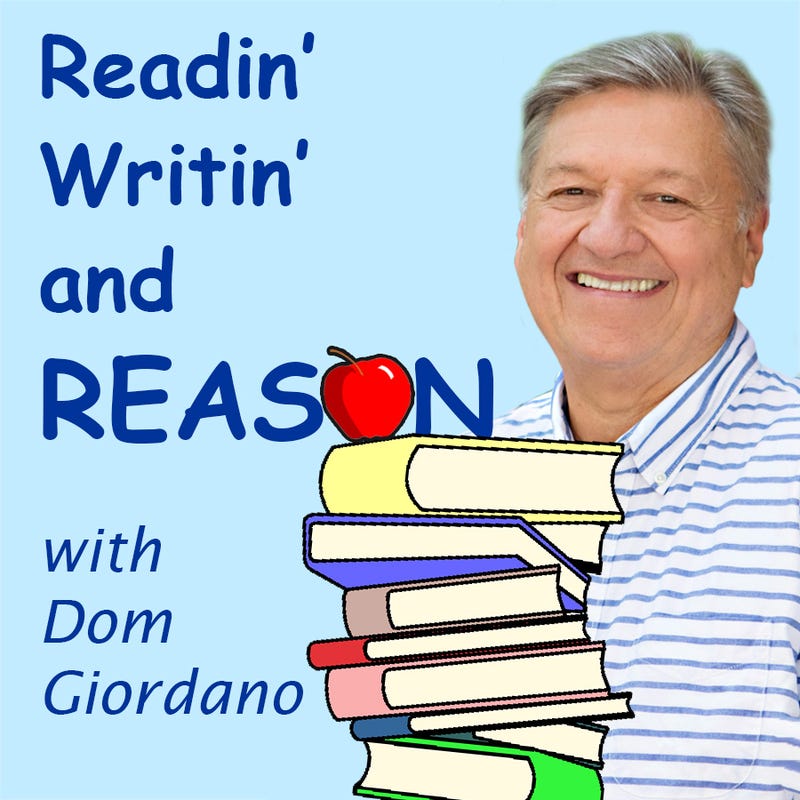 Dom Giordano, WPHT host and former teacher, has dedicated much of his daily show toward parents who are taking it into their own hands to push back against school boards that have a negative impact on their children. This has culminated in a weekly podcast on education, Readin', Writin', and Reason, which has allowed wonderful relationships to develop between Giordano, educators, and parents throughout the country who are speaking out against overbearing school boards. This week, Dom spends time speaking with those in the know, people who have experienced much of what we're seeing first-hand before, and have fought back in their own ways.

First, Dom is joined by Pennsylvania State Representative Andrew Lewis, who has sponsored a bill in the House, HB1332, which calls for more transparency from school boards in the decision-making process when determining curriculum. The bill, if signed into law, would make school curriculum materials more accessible to parents, requiring schools across the state to post curriculum materials on their public-facing websites. Lewis explains why he took up the cause, telling many stories of parents who discovered curriculum they were vehemently against, only after it was too late.

Then, Pennsylvania State Senator Scott Martin joins the program, explaining why he's searching for answers after a letter was penned to students throughout the Commonwealth, which threatened children with a court ordered quarantine.

Also, New Jersey State Senator Holly Schepisi joins the podcast to discuss her push to find answers surrounding an initiative by New Jersey schools that encourages teachers to log private information of students and families in a third-party advocacy application.