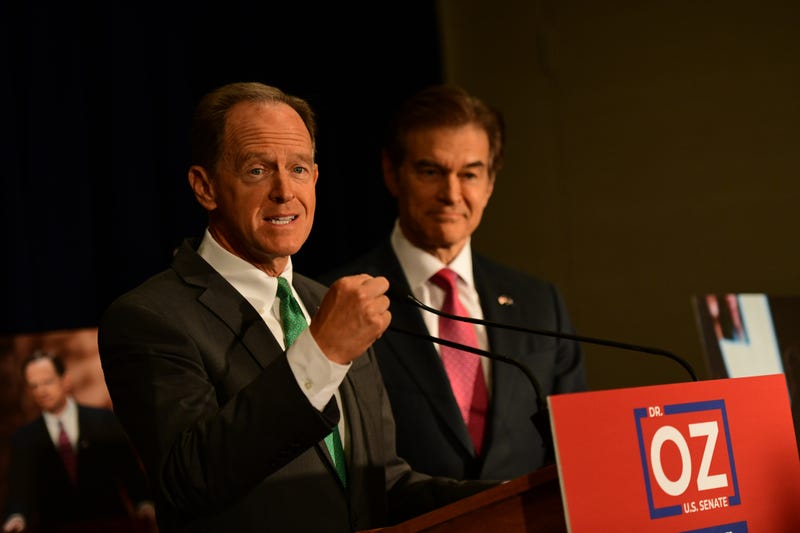 Today, Dom led off the Dom Giordano Program by offering updates on national politics as they played out yesterday, playing back portions of Joe Biden’s speech as he introduced the Inflation Reduction Act while the stock market took a huge dive. Dom discusses the act itself and the turn in the stock market, then plays back a clip of Nancy Pelosi asking for applause when celebrating the alleged achievement. Then, Dom discusses new photos of John Fetterman without a hoodie and a strange growth on his neck, wondering whether that’s the reason he regularly wears a hoodie instead of more professional attire. Then, Dom offers his opinion on the proposed nationwide abortion plan as proposed by Senator Lindsey Graham, telling of his frustration with the lawmaker’s announcement, particularly on a day when the center of attention should be Joe Biden’s inflation.

Then, Dom welcomes Pennsylvania State Representative Josh Kail back onto the Dom Giordano Program to discuss yesterday’s hearing that led to a vote holding Philadelphia District Attorney Larry Krasner in contempt of court after repeated refusals of subpoenas by a select committee organized to investigate the spike in crime in Philadelphia. Giordano asks Rep. Kail what the next steps would be in this type of situation, with Kail laying out multiple paths that State lawmakers can take now that this vote has passed with bipartisan support.

In today’s second hour, Dom welcomes Bucks County District Attorney Matt Weintraub back onto the Dom Giordano Program after the DA publicly spoke out against Senate candidate John Fetterman for his actions while attending a Board of Pardons meeting in which Fetterman got animated when things weren’t going his way. Matt Weintraub takes us into the case he once prosecuted, in which he felt as though Fetterman was ‘co-opting the pardons process, trying to bully [him] in an extracurricular proceedings.’ Weintraub explains the back and forth between him and Fetterman, suggesting that this could be a microcosm of what Fetterman will bring to the Senate in representing Pennsylvanians. Also, Dom asks Weintraub to lend his expertise as a District Attorney to break down the situation with Larry Krasner in Philadelphia.

Then, Dom spends a good chunk of the hour expressing his disgust with the stupidity of Lindsey Graham after the Senator announced a proposal for a nationwide abortion ban. Dom takes a couple callers who share the same sentiment, telling of their frustration particularly of the timing of the announcement, coming out the same day as Biden’s announcement of the Inflation Reduction Act.

In today’s third hour, Dom kicks off the Dom Giordano Program by discussing a situation playing out in the State of Illinois as Texas continues to send illegal immigrants to the sanctuary state to deal with their needs. Dom plays back a clip from a Mayor of a Chicago suburb who had immigrants shuttled to his town without his knowledge, and asks which Republican town would suffer the same consequences if Philadelphia Mayor Jim Kenney did something similar.

Then, Senator Pat Toomey returns to the Dom Giordano Program to provide his opinion on the Senate race to replace his seat between Dr. Mehmet Oz and John Fetterman. Toomey and Giordano discuss Fetterman’s recent comments that suggest he may think he’s running against Toomey rather than Dr. Oz, calling him ‘a miracle’ at one point during his weekend speech. Toomey explains his frustrations with the Democratic candidate, telling how he does not believe the State will be properly served under Fetterman, using his refusal to debate as evidence. Then, Giordano asks Toomey if he has any idea what Lindsey Graham was thinking in unveiling a proposal for a nationwide abortion ban the same day that the focus should have been on Biden’s announcement of his ridiculous Inflation Reduction Act.

Then, Dom delves into the news revealed by Pat Toomey that John Fetterman has allegedly agreed to a debate in late October, only 2 weeks prior to the election. Dom offers up what he believes Dr. Oz’s strategies should be in approaching the debate against Fetterman. Also, throughout the hour, Dom takes callers for today’s side question, asking for the greatest all-time television characters.