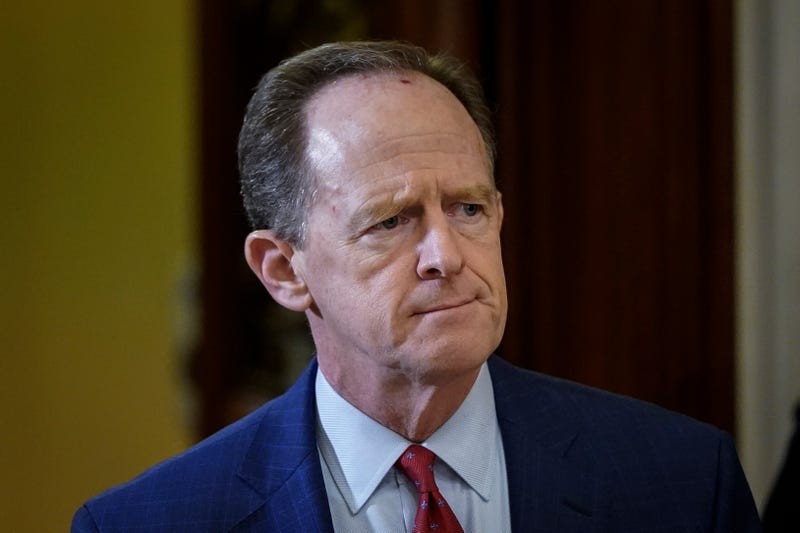 How Does Kansas’s Abortion Vote Reflect on Local PA Politics?

Today, Dom led off the Dom Giordano Program by discussing a previewing a reveal of what he was all dressed up for yesterday, teasing that he gave an interview to a large source based on the topic of conservative radio. Then, Giordano moves into a conversation centered on local politics, particularly how the life issue has played out in races in Kansas and how it’s being framed here in both the Senate and Gubernatorial races. Giordano asks listeners whether the conservative stance of ‘no exceptions’ in an abortion ban is a dangerous prospect, wondering whether a candidate can win in Pennsylvania with said stance.

Then, Dom welcomes Senator Pat Toomey back onto the Dom Giordano Program to discuss the pushback he’s facing in the media and by people like Jon Stewart over his vote against a recent bill, in which they’re framing as a vote against Veteran’s. Dom jokes with Toomey about the new feud between him and Stewart, explaining that this is a prime example of what Democrats do when they’d like to force through one of their propositions.
Toomey explains his stance on the ‘Burn Pit’ bill that would further fund services for veterans exposed to toxic burn pits, telling that this is the usual tactic of utilizing a sympathetic group to further their cause, then using celebrities to shame others into support. Toomey tells of concerns he has of passing the bill, predicting that Democrats would use this bill to acquire further funds for unrelated matters. Then, Dom asks for Toomey to provide his analysis of the Senate race to replace his seat, offering critiques of John Fetterman and telling what the Oz camp needs to do better.

Is Residency Going To Burn Oz?

In today’s second hour, Dom continues the conversation centered on local politics from the first hour of the Dom Giordano Program, discussing the race between Dr. Oz and John Fetterman, discussing the issue of residency in particular. Then, Giordano reveals an NJ.com piece, in which columnist Jeremey Schneider offers up his 10 New Jersey pizza trends that are currently driving him insane, with both Dom and Dan offering their contributions. After that, Giordano offers his opinion on Nancy Pelosi’s trip to Taiwan, explaining that he supports it for the sole sake that it flies in the face of communist China.

Then, Dom welcomes Abington Police Chief Pat Molloy back onto the Dom Giordano Program, after Molloy provided an interview to Broad+Liberty discussing the removal of the Philadelphia Police Department’s state accreditation. Molloy and Giordano discuss what has led to the potential removal of the standard from the department. Molloy, Chief of Philadelphia’s neighboring Abington, also brings Dom inside the department, telling how things have changed since Philadelphia adjusted their stance on criminal justice reform and ushered in a new way of policing in the City.

In today’s third hour, Dom welcomes attorney Wally Zimolong back onto the Dom Giordano Program to discuss the Pennsylvania Supreme Court decision concerning Act 77, which opened the door for widespread mail-in balloting in Pennsylvania. Yesterday, the Court decided that the Act was indeed constitutional, while conservatives argue the counter, pointing toward the security issues that arise with the prospect. Zimolong explains why he’s frustrated with the decision, explaining in-depth the constitutional issues with Act 77, and tells what happens next in the case.

Then, after hanging up with Wally, Dom plays his Money Melody for the day, asking for listeners to fill-in the blank in a very popular song. Then, Dom tells that the Pennsylvania FOP has officially endorsed Dr. Mehmet Oz in his race against John Fetterman, explaining why the decision was both smart and the only one to make, particularly with Fetterman’s stance on policing and criminal justice reform.