Dayton Moore worked his way up the baseball ladder early in his career and landed a prominent job in the Kansas City organization at just 39 years old.

Moore was named the Royals general manager in 2006, a position he held up until the end of the 2021 season when he was promoted to the team’s President of Baseball Operations. That promotion ultimately ended his Royals career, however, as he was surprisingly fired in September.

Moore helped build the Royals into a World Series contender – and champion. Kansas City made the World Series in 2014 and got over the hump by defeating the New York Mets in 2015.

The former Royals general manager joined the Audacy Original Podcast “Baseball Isn’t Boring” to talk about his time in Kansas City, including his shocking departure.

“I was shocked. I was surprised. I didn’t see it coming,” Moore said (7:49 in player above). “We’d been making plans for what we were going to do not only the upcoming season but the next three years and how we were looking to continue to evolve.

“We certainly felt that we’d done a lot of the heavy lifting in our organization since 2017 and since our last group had moved on and we set out to build our organization through homegrown talent. We have a lot of homegrown guys on the field. Quality young players that we thought – and we do believe – are still going to continue to get better. And so the organization’s definitely trending in the right spot.”

However, those seasons allowed the Royals to rebuild a bit. They have another good young core coming up with Bobby Witt Jr. and M.J. Melendez leading the way, among others. It looked like Kansas City had a chance to return to relevance in the near future. But it won’t be with Moore at the helm.

“So it’s not something that I expected at all, caught me way off guard, but that’s part of the game,” he continued. “You got to earn every single day you’ve got to earn the right to put that uniform on or to be in this game for tomorrow. John Sherman and his investment group felt that new direction was required and so I have to accept that and respect that.”

Moore spent parts of three decades with the Royals. While he would’ve loved to continue to rebuild the franchise, he now has other opportunities open to him. The Texas Rangers have reportedly been in contact with the former Royals GM.

He won’t be out of the game for much longer.

“But we’ve had some really neat opportunities since then in the game. Outside of the game. At the youth league levels. At the collegiate level. There’s been a lot of different opportunities to filter through,” he said. “I anticipate being in spring training with somebody and I think maybe in the next 10 days to two weeks we’ll be able to figure some of that out. Certainly have a lot of passion and love for this game and want to continue to be a part of it at some level.”

While Moore has been more-or-less the head honcho for the past 16 years, he’s open to whatever it takes to get back into the game.

“I don’t have to be the main character. I just want to again, just do what I can to do my part to continue to make the game strong and make the game that you and I fell in love with and that our kids have fallen in love with,” he said. “So that’s the most important part of it.” 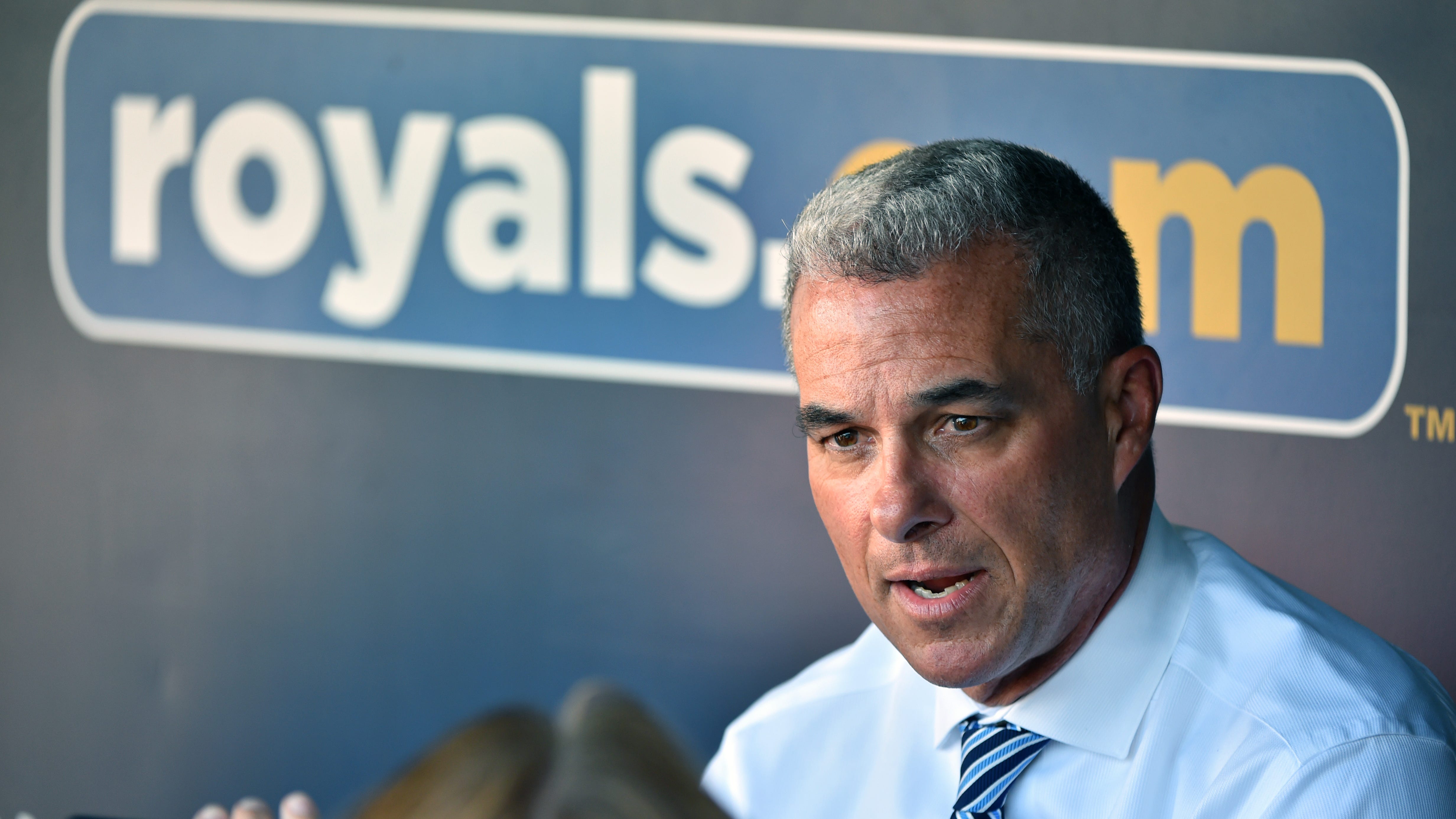