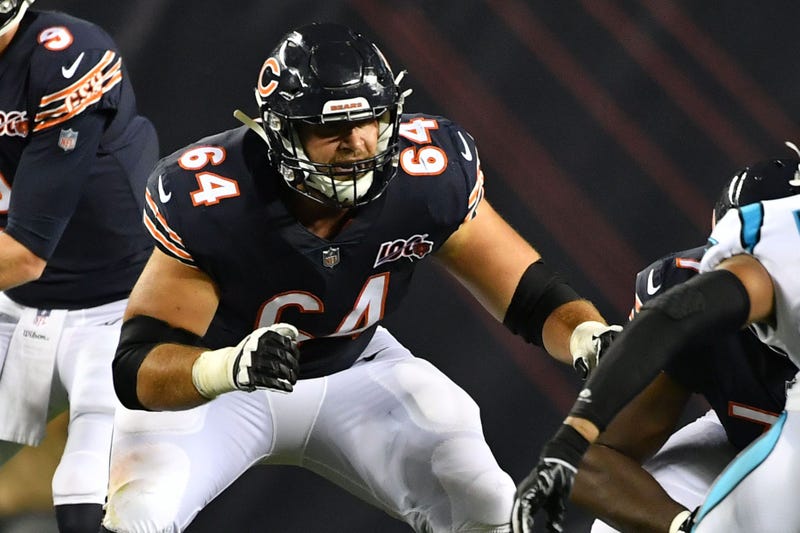 LAKE FOREST, Ill. (670 The Score) -- The Bears have been blessed with durability at their offensive tackle spots.

Charles Leno Jr. has started 61 consecutive games at left tackle, while Bobby Massie has also been reliable at right tackle, missing only a combined two games across the last three seasons.

But who's the next man up at these important positions? In the final days of this preseason, the Bears are left with concerns about their tackle depth after injuries to reserves in Rashaad Coward and T.J. Clemmings.

Coward had his injured left elbow in a brace as he was present in a walk-through Monday. The veteran Clemmings was ruled out for the season with a quad injury, which he suffered during a fumble scramble in preseason action against the Colts on Saturday evening.

"That's unfortunate," Nagy said. "It's too bad that it happened when it did there."

Rookie offensive lineman Tommy Doles was signed Sunday for his third stint with the Bears this offseason. After the injury to Clemmings on Saturday night, the Bears moved rookie guard Alex Bars over to left tackle. Cornelius Lucas, a veteran of five NFL seasons and 37 games, also stepped in at left tackle.

The Bears' lack of tackle depth comes after the team had Bradley Sowell -- the swing tackle in 2018 -- transition over to tight end in the offseason. Having dropped more than 30 pounds during that process, he's not currently built for the offensive line, weighing in at 277.

Trey Burton, Adam Shaheen and Ben Braunecker are set with roles at tight end. Sowell is battling for the fourth tight end spot alongside rookies Ian Bunting, Dax Raymond and Jesper Horsted. A return to tackle for Sowell seems out of the picture unless he regains those 30 pounds.

The injury to Coward isn't believed to be serious, but he's only beginning his second season at tackle after converting over from the defensive line.

For all the reserve tackles on the Bears' 90-man roster, there's no one who has proved to be reliable stepping in. There also isn't an option who can clearly handle the swing tackle role.

So the Bears are left developing their tackle depth -- and hoping Leno and Massie can stay healthy.

"Developing's a good word," Nagy said. "I think we're at that spot now."