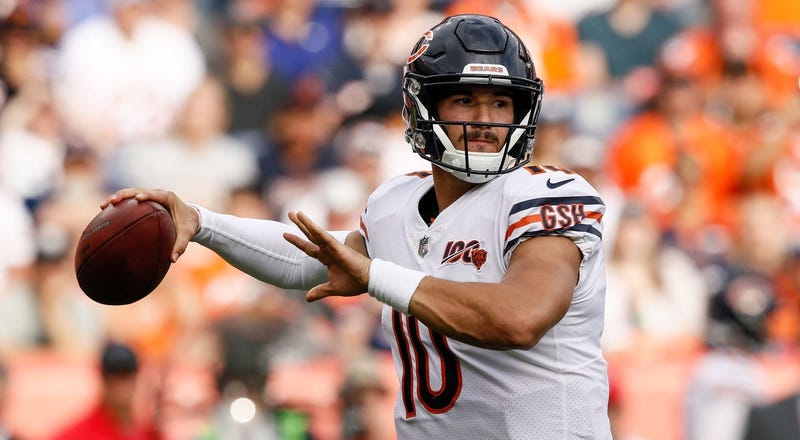 (670 The Score) On its daily 5 at 5 segment Thursday morning, the Mully & Haugh crew debated a variety of questions.

-- Was the Bears' release of reserve quarterback Tyler Bray on Wednesday a sign that starting quarterback Mitchell Trubisky (left shoulder) is nearing a return to full health?

-- Former NFL defensive end Chris Long speculated on the Ryen Russillo Podcast that the Bears could part ways with Trubisky in 2020. What's your reaction?

-- Could the Dodgers' elimination in the National League Division Series affect the Cubs' managerial search in any way?

-- Did the err by keeping right-hander Jack Flaherty in for 104 pitches over six innings in the team's 13-1 win to eliminate the Braves in Game 5 of the NLDS on Wednesday?

-- Should the White Sox pursue Red Sox star J.D. Martinez if he opts out of his contract with Boston?