CHICAGO (670 The Score) -- About a month before the Bears’ season opener, linebacker Roquan Smith emerged Tuesday from the northwest tunnel of Soldier Field and walked slowly to the sideline.

Smith was present with the Bears for their practice just three hours after releasing a statement requesting a trade from the team. The 25-year-old Smith has grown impatient with and frustrated by long-term contract discussions with the Bears, which he has chosen to negotiate himself by declining to hire an agent.

In his statement, Smith claimed the Bears' new regime has "refused to negotiate in good faith" and "doesn't value" him in Chicago. He called upon chairman George McCaskey to guide negotiations forward but added he “(doesn’t) see a path back to the organization I truly love.” It was a strong tactic from Smith and now presents an early test for first-year general manager Ryan Poles.

Since being hired by the Bears in late January, Poles has guided the franchise toward a rebuild. He tabbed Matt Eberflus as head coach to help create a new culture and parted ways with veteran mainstays in edge rusher Khalil Mack, defensive lineman Akiem Hicks, receiver Allen Robinson, nose tackle Eddie Goldman and linebacker Danny Trevathan.

Poles has stood firm in his long-term plan for the Bears – and that remains the case despite the public and uncomfortable nature of these negotiations with Smith.

“At the end of the day, we got to do what’s best for this organization,” Poles said. “But my intentions are to make sure Roquan Smith is on this team.” 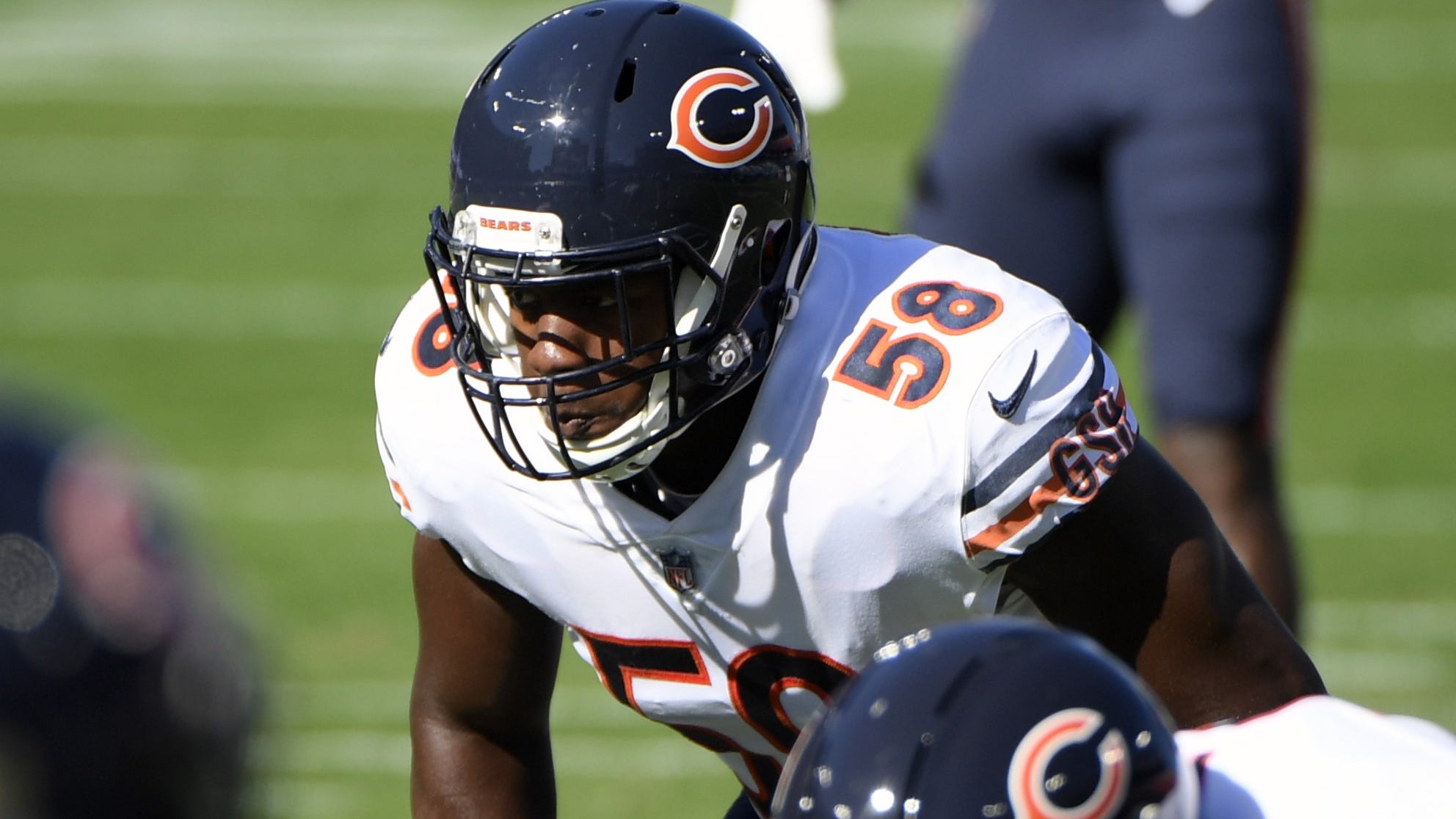 Bears' Ryan Poles: 'My intentions are to make sure Roquan Smith is on this team'

Poles made the correct public relations move in addressing Smith’s statement after practice Tuesday, a departure from Bears general manager Ryan Pace's habit. Pace regularly hid from such pressing storylines. Even so, it’s clearly becoming increasingly challenging for Poles and Smith to reach an agreement.

While the linebacker position is one that carries great prestige for the Bears, it isn't a premium position like quarterback, wide receiver, left tackle or edge rusher. All of those positions warrant significant contracts. Of the 50 highest-paid NFL players by base salary, just six of those play a position outside of those four premium spots.

Colts star Darius Leonard has the top salary for an inside linebacker after signing a five-year, $98.5-million extension in 2021. He contract ranks 48th in the NFL in annual average salary.

While the Bears currently have the eighth-most salary cap available in the NFL, they've paid just one player handsomely at those four premium positions – veteran pass rusher Robert Quinn, who likely isn’t in the team’s long-term plans.

Simply put, Poles doesn't want to overpay at a position that doesn’t merit such value.

“We can’t lose sight that this isn’t about one player,” Poles said. “My job is about building a roster that’s going to sustain success for a long period of time. And at the end of the day, we got to do what’s best for the Chicago Bears.”

As a rookie general manager, Poles is keenly aware of the perception he could create with these contract negotiations. He was already tested by the representatives for rookie safety Jaquan Brisker, who sought guaranteed money for his third year under contract. It could’ve created a poor precedent for Poles to budge on that matter. He held firm, and Brisker signed after reporting to training camp.

Longtime NFL agents are paying attention to whether Poles will cave on Smith’s contract demands. Poles recognizes that pressure and the implications for future negotiations. One agent described the precedent set as "fair game" in negotiations with Poles and the Bears.

Trading Smith might be even more challenging than signing him to a contract extension. Without an agent directly involved in Smith's negotiations, Poles and the Bears would be forced to work out a trade with Smith directly and heavily involved in the process, as he'd need to speak directly to potential suitors about a potential contract extension. Smith might be disappointed to find other teams aren’t willing to give in for his hopes on a major contract.

While Poles preferred to keep negotiations private, Smith has certainly made it a public matter. He pulled a strong tactic that turned Bears fans to his side and placed Poles in a daunting position.

These are no ordinary contract negotiations as a new general manager deals directly with the player himself. It's also becoming difficult to imagine Smith back at Soldier Field when the new season kicks off.