(670 The Score) A few minutes after the news broke Thursday morning, a fan named Ralph called 670 The Score to weigh in on new Bears head coach Matt Eberflus.

“I’ve been sitting here seeing a non-dynamic offense for the last two decades and you hire a C-level defensive coordinator,’’ Ralph said. “His nickname is going to be Eber-LOSE. It’s going to be the same crap as always.’’

Suffice to say, much of Bears Nation believed their beloved team had flubbed up the coaching search – or Eber-flubbed it up, if you will. And the Bears deserved every bit of cynicism directed their way following the obscure hire, all the skepticism that skewered the McCaskeys after the latest big decision.

Around Chicago, the default response to all things Bears always begins with doubt. This one also came with a shrug.

Locally, doubting felt like the right reflex again because it feels so familiar for so many. But as Eberflus arrives as the 17th coach in franchise history, I'll try to keep an open mind that the consensus quite possibly could be wrong.

That doesn’t mean it’s a great hire, only that it’s unfair to prematurely declare Eberflus an awful one. As hires go, it’s more of a stand-up double than a home run, but it’s not the swing-and-a-miss on a fastball out of the strike zone Marc Trestman was. 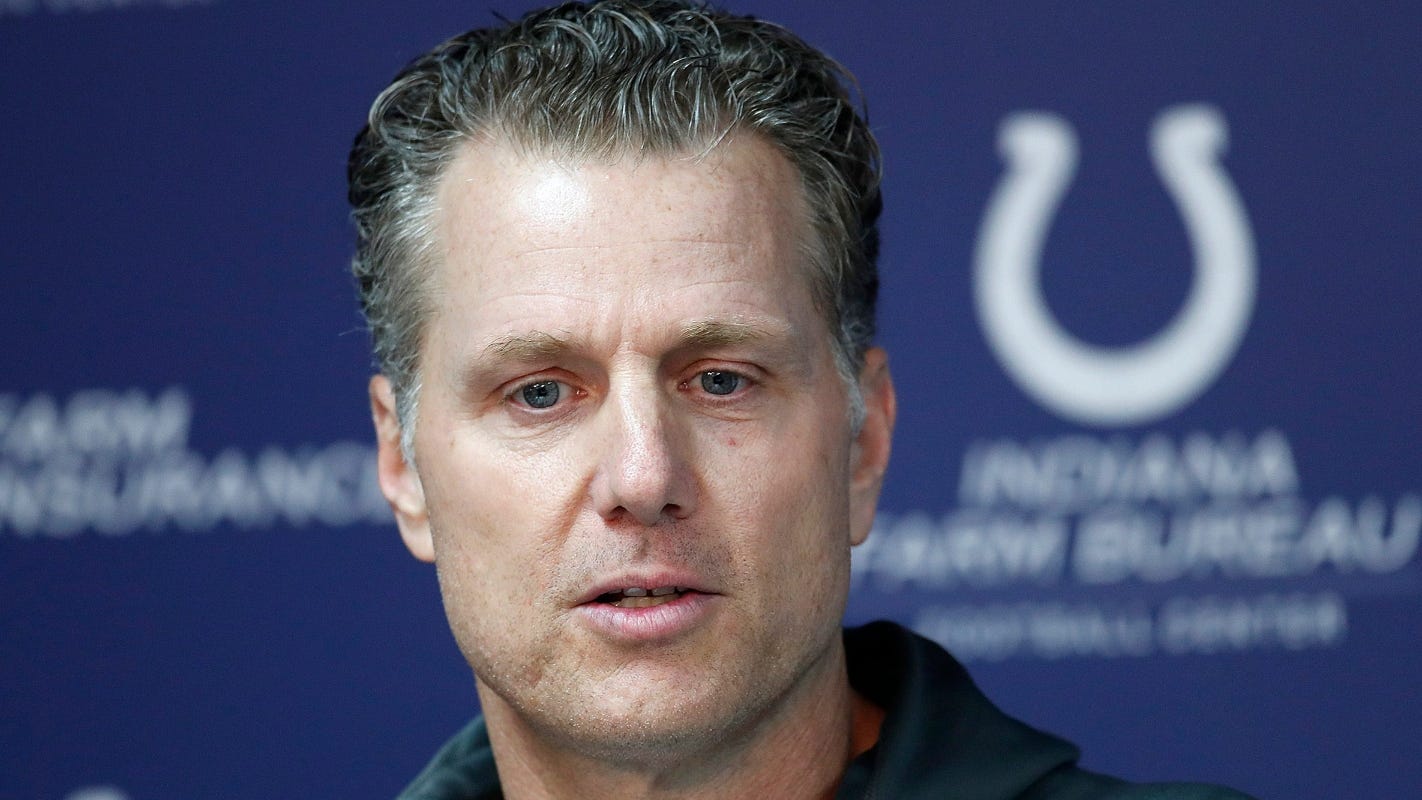 The immediate negativity surrounding the hire probably says more about us than Eberflus, a name unknown to many Bears fans before last week that now becomes the easiest in town to mispronounce.

In full transparency, I'd hoped the Bears would favor experience over experiments, but they followed the McCaskey family tradition and hired a first-time general manager – Ryan Poles – who promptly hired a first-time head coach in Eberflus. I suspect the McCaskeys traditionally surround themselves with inexperience for reasons related to their organizational insecurity, a conversation for another day.

Nonetheless, I recommended the Bears hire a general manager who had done the job before over a 36-year-old whose credentials look a little too much like his predecessor’s. I wanted the Bears to hire Jim Harbaugh as head coach. I preferred Dan Quinn among the three known finalists: Eberflus, Quinn and Jim Caldwell. I didn't have a vote.

But I respect Eberflus for the reputation he has established around the league during stops in Cleveland, Dallas and Indianapolis. I value the judgment of others who have shared an office or locker room with him. Too many successful NFL lifers think Eberflus possesses the qualities every good head coach needs for me to jump to any hasty, negative conclusions.

These days, the media and fans race to be first on many things, in this case predicting failure. And there might be a time that prediction is appropriate, but before Eberflus is even introduced seems way too early. At least let him lose the press conference before wondering when Sean Payton is walking through that door at Halas Hall.

“He’s honest, has integrity and will hold players accountable," said one NFL executive who has interviewed Eberflus. "Compares personality-wise to (Bills coach Sean) McDermott. His system defensively relies on an emphasis on effort, fundamentals and taking the ball away. He’s multiple on defense but can morph into whatever system plays to the players’ strengths."

Added one NFL assistant coach who knows Eberflus: “Good guy and good coach who will be highly organized and have a good vision of what he wants things to look like."

Too much already has been made about what defense Eberflus plans to run – he’s a 4-3, Cover-2 believer with flexibility – and what offense he'll install. Those details matter, but they didn’t distinguish Eberflus from the others during this process, according to sources.

As important as his offensive coordinator is and developing Justin Fields will be, the Bears didn’t hire Eberflus to install a scheme or run a system. They hired Eberflus to establish an identity and create a culture, rooted in toughness and supported by accountability.

They didn’t hire an offensive guru or a defensive wizard. They hired a football coach, a leader known for being organized and having common sense, a guy more concerned with finding practical solutions than collecting plays. They got an individual wired for sound who’s unafraid to be himself, a football coach’s football coach, a son of the Midwest who played linebacker at Toledo in a Mid-American Conference full of overachieving players like him well-balanced by the chips on both shoulders.

After the press conference, we'll begin evaluating Eberflus about what really matter when he picks an offensive coordinator. The challenge: Maximize the immense talents of Fields by structuring a system around his skill set rather than the other way around.

As much as the Bears valued Caldwell through this hiring process, making him the assistant head coach in charge of the offense would make sense too. Caldwell reportedly presented a detailed plan for Fields during his interview, and adding him to Eberflus’ staff would make good use of Caldwell’s experience and consultant Bill Polian’s connections.

Speaking of Polian, it spoke volumes that Poles met with the three head coaching finalists alone and without Polian, chairman George McCaskey or team president Ted Phillips in the room. This was clearly Poles’ call. After the last meeting, Poles left work Wednesday night to sleep on the decision to name one of the remaining candidates or expand the search.

By mid-morning Thursday, the Bears had their man.

It’s not implausible that Poles had Eberflus on his short list of potential head coaches for wherever he ended up becoming a general manager. Poles and Eberflus share an agent, Trace Armstrong – ironically, also former Bears coach Matt Nagy’s representative – so it stands to reason that they'd have a relationship and working knowledge of each other’s strengths.

The Bears invested in potential over production by hiring Poles, who hired Eberflus. Now, both will grow together in a football city easily polluted by pessimism.

But the Bears had reached the point after seven years under general manager Ryan Pace and four seasons of Nagy where they no longer could embrace the status quo. Getting rid of the general manager and coach was a low bar, but the Bears, remarkably, cleared it.

Change for the sake of change made sense for the organization, so here we are, at the familiar intersection of hope and doubt.

Things indeed are much different now at 1920 Football Drive, even if the reaction seems much the same. I call that progress.