(Audacy) At this point in the NFL season, no one is really going to surprise you with a breakout performance. Sure, there will be big games here and there from players who might not typically warrant a start, but fantasy football commodities worth owning are largely established. Your pool of available players likely looks pretty similar week after week, with the same unexciting but usable names on your app's suggested pickups list popping up continually ... to no avail. People's teams are set, barring injury, and that's the point of the season that we're in.

"Barring injury" is the main key though, with injuries — or returns from injury — acting as the primary impetuses for any sort of waiver wire activity. With Vikings receiver Adam Thielen going down to a high ankle sprain, some opportunities opened up in the Minnesota offense and provided us with a little bit of fodder in waiver talk this week.

There are some other names that are of interest because of shifting trends or patterns that are emerging but no one that would seem to promise a huge boost to a playoff-bound roster. But it can't hurt to pick up a player with intrigue, especially if you have spots to fill or bench players who will never see the light of day given your current roster construction.

All players must be owned in fewer than 50%of leagues to be eligible for inclusion. All information retrieved from FantasyPros. 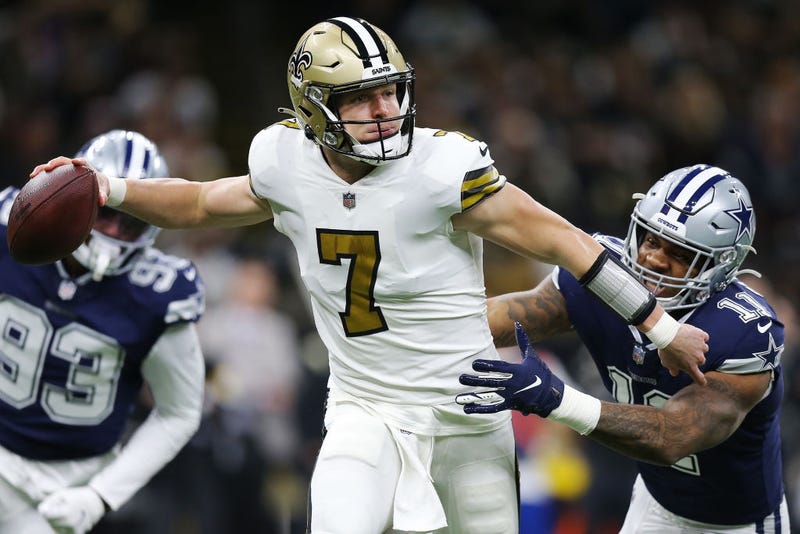 Though Hill's mallet finger injury is a concerning one for his ability to throw the ball, he was already pretty bad in his first start of the season, tossing four interceptions. Despite those turnovers, he produced for fantasy purposes, scoring twice through the air and adding the all-important 101 rushing yards to give him more than 20 fantasy points.

With a matchup on the horizon against the vulnerable Jets, who just allowed a good fantasy day to Eagles quarterback Gardner Minshew, Hill could be on the QB1 radar for Week 14 and should continue to use his legs to power the Saints' offense, especially now that Deonte Harris won't be available for the next three weeks. 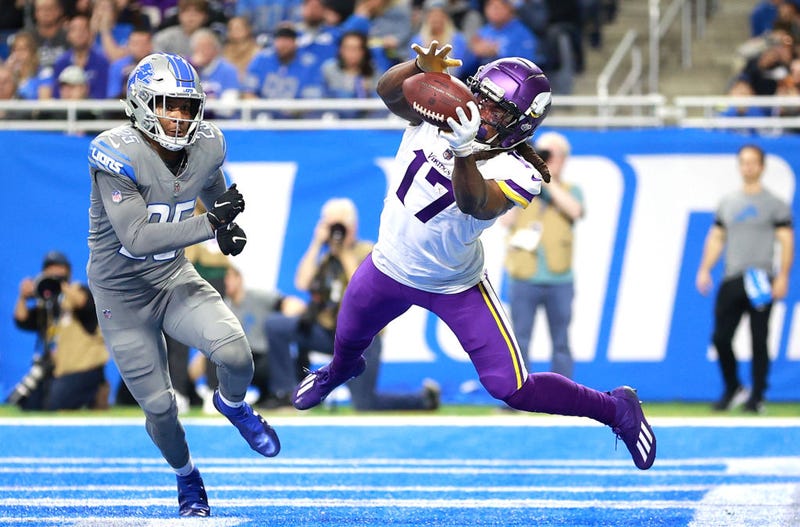 An early season waiver wire recommendation, Osborn cooled down after a hot start to his sophomore campaign and was completely removed from the fantasy radar. But after Adam Thielen's injury this past Sunday, Osborn drew seven targets and scored for the Vikings, making it seem like he could be a desperation fill-in at the wide receiver position for as long as Thielen is out. Justin Jefferson should be the biggest beneficiary, but Osborn and another Vikings receiving option (we'll get to him below) could see bumps up as well. 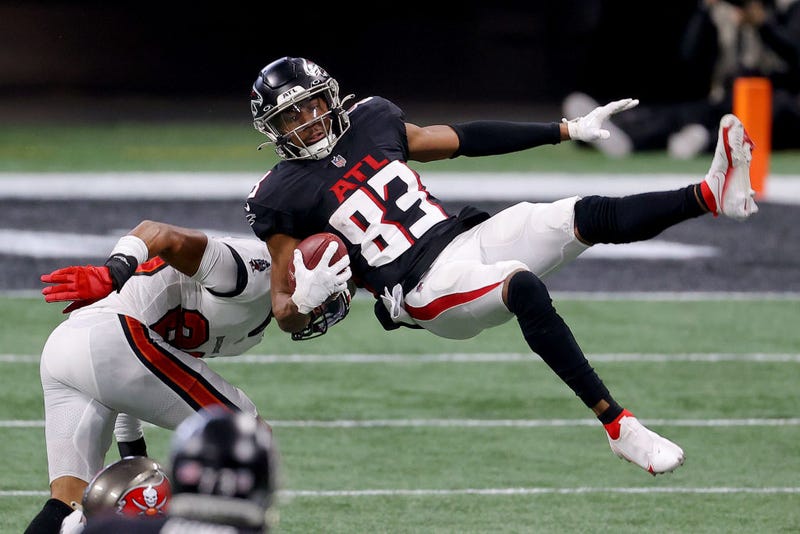 Calvin Ridley has been out for quite a while now, and the percentages of Russell Gage's ownership show that he hadn't really broken out the way that people thought he would have given the circumstances. Then Week 13 came, and Gage recorded 11 receptions and 130 yards on 12 targets. Given that he has now seen 27 targets over the past three weeks, Gage and Matt Ryan seem to have gotten in sync, and he's a pretty high-floor option for as long as Ridley remains out.

Conklin has been a popular streaming target for tight ends, with some fairly consistent production week in and week out. Against the Lions on Sunday, he drew a season-high nine targets and turned them into seven catches for 56 yards, which is more than enough for a solid week at the desolate tight end position, especially in PPR formats. The TE7 from Week 8 to Week 12, Conklin built on his solid stretch of games of late and could be plugged in for the rest of the way if you've been streaming at that position to this point in the season.