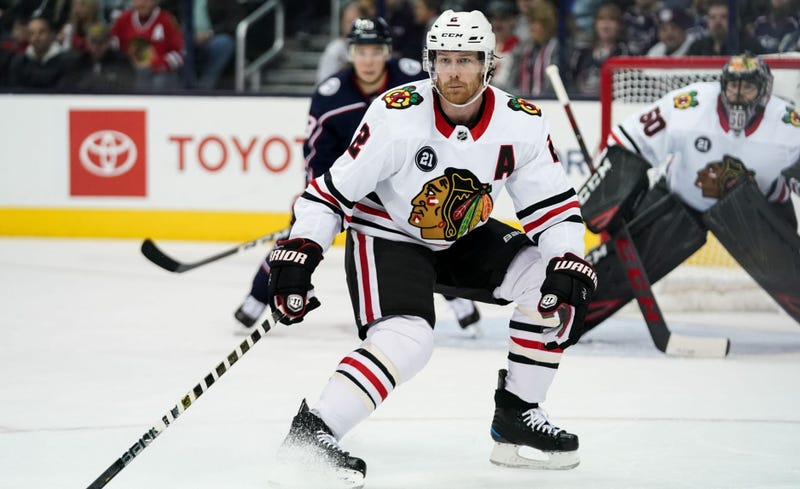 (670 The Score) Pierre LeBrun of TSN is one of hockey’s most plugged-in and respected reporters. On an "Insider Trading" segment on TSN on Thursday he reported that the Blackhawks will approach veteran defenseman Duncan Keith about waiving his no-trade clause ahead of the Feb. 25 trade deadline.

"I find it hard to believe that Duncan Keith will switch teams, but I will tell you this," Lebrun said. "The Hawks will go to him right before the trade deadline and say ‘What do you want to do? He has a full no-trade clause. Four more years on his deal at $5.5 million. He decides his future. He’s a legacy player for Chicago, but I think Stan Bowman and the hierarchy in Chicago will go to him and say, ‘Do you want to go to a contender or stay here with the rebuild?’ That conversation will happen."

Earlier Thursday, I heard similar whispers on a deal of that nature. So what does it mean?

First, it means the powers that be realize that the Blackhawks aren't close to being a playoff team. LeBrun used the word "rebuild," but I’m not sure this would be a full rebuild as much as a retooling. Bowman sees the same defense we all do. It’s not good enough. Trading Keith hurts the defense in the short term for sure, but it frees up some long-term cap space that the Hawks could use on a free agent.

Secondly, if Keith is traded, I feel like it means the Hawks will listen on almost anyone. It’s a safe assumption they’re willing to move on from Brent Seabrook if they’re willing to move on from Keith, but would they move Patrick Kane or Jonathan Toews? I’m not sure. Kane and Toews, theoretically, will still be effective, top-six players when the Hawks are ready to contend again in a year or two. Keith and Seabrook, on the other hand, are already on a rapid decline and wouldn’t be anything more than fifth or sixth defensemen at that point.

The type of trade that LeBrun referenced would be rare. High-profile players get traded all the time, but it’s rare that a defenseman as decorated as Keith would get moved, especially considering the four years left on his deal. Big names are more often traded when they’re about to hit free agency. The remaining years on Keith's contract would mean a lesser return for the Hawks, as his potential new team would be taking taking on salary cap risk to improve its chances at winning a Stanley Cup. It’s hard to predict what the Hawks would expect in return, but I think they would be happy to take a decent prospect and/or a second-round pick while ridding themselves of the cumbersome contract.

It would be a sad end to an incredible career for Keith in Chicago if he were traded, but clinging to the past will keep the Blackhawks the bottom of the league for years to come. It’s time for the Blackhawks to retool and move as many aging veterans are they can. Just rip the band-aid off.

It will only hurt for a second, right?

Jay Zawaski is the executive producer of the Bernstein & McKnight Show on 670 middays from 9 a.m. to 1 p.m and a columnist for 670 The Score. He's also the co-host of the Madhouse Chicago Hockey Podcast, which is available on iTunes, Google Play, Spotify or your preferred podcast app. Follow him on Twitter @JayZawaski670.​​​