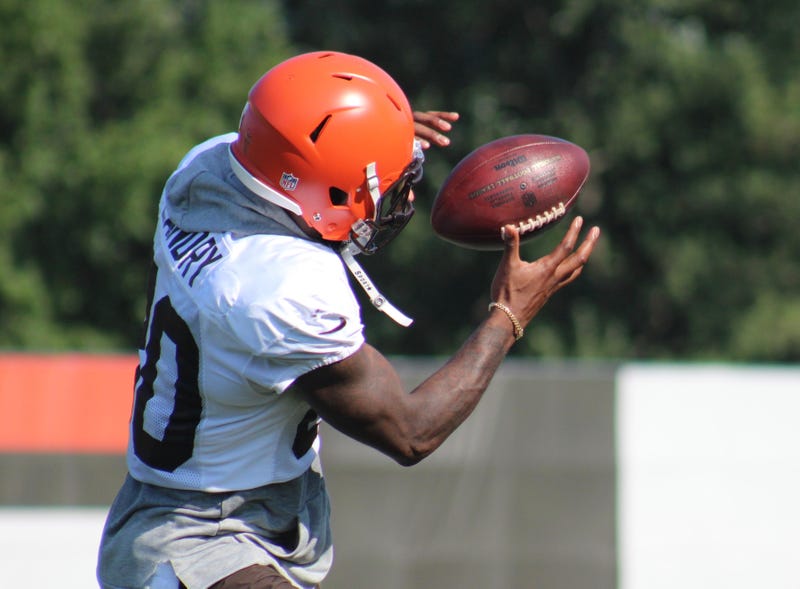 Berea, OH (92.3 The Fan) – Jarvis Landry might be new to the Cleveland Browns, but he doesn’t need to be told what a loser the franchise has been.

That’s why Landry has taken it upon himself to spearhead a culture and mindset change within the locker room.

That effort took center stage last Tuesday night during the season premiere of Hard Knocks in which Landry went after his fellow receivers about using injuries as an excuse not to practice.

Landry believes that to be physically tough, you also need to be mentally tough and taking unnecessary practice time off does not allow the Browns to be either.

“It’s going to allow us to have to create a mindset and a culture,” Landry said.  “If we’re going to change the culture, that’s where it’s got to begin with. We can’t be having favors and taking days off and stuff like that. We gotta practice and put in the work to be great.”

Browns head coach Hue Jackson does give players time off – but those days off come because of analytical data obtained using Zebra technologies, which tracks player movement throughout practice, to prevent soft tissue injuries or muscle pulls that could cost weeks of time for players.

That is not what Landry is arguing against.

“I totally understand that,” Landry said. “I know a couple of guys have some chronic stuff going on whether it’s knees or a shoulder or something and I get that. But guys that are healthy or aren’t on that same status, they should be practicing.”

Landry himself has refused a day off by Jackson, to the point that Jackson just pulled him on Aug. 4 after he caught a touchdown pass on the opening drive of a simulated game being run that day.

“I’m not taking no days off,” Landry said.

He thinks healthy teammates should so the same.

"I think it comes down to the player, as a player and loving what you do, nurturing your craft to say, 'I'm good. Than you coach, I'm Good,'" Landry said.

Not only did Landry change teams this offseason, he also changed his workout routines after signing a 5-year, $75 million extension in April.

The 3-time Pro Bowl receiver even took a page from LeBron James’ playbook, which he said is a coincidence, with some of the tools he’s using. Like James, Landry also likes to use a versaclimber, which the Browns have in their weight room, but he plans on getting one for himself at home.

“I work closely with all of my doctors and trainers,” Landry said. “That was something this offseason that we pinpointed, and we wanted to make sure we had working properly so I could come out here and be efficient and be fast.”

James has the uncanny ability to appear to suffer major injury to his ankles only to bounce up quickly and carry on as if nothing happened. That flexibility is something Landry is also trying to achieve.

“I wasn’t as insane about it as I am now,” Landry said. “Ankle mobility, rotation, strength – [I do] all of that.”

Landry, who has caught 400 passes over the first 4 years of his NFL career and led the league in receptions a year ago, believes his best ability is his availability.

He applies that same standard to the rest of his teammates too.

"We want to change the culture," Landry said. "Obviously we want to have every guy as well."