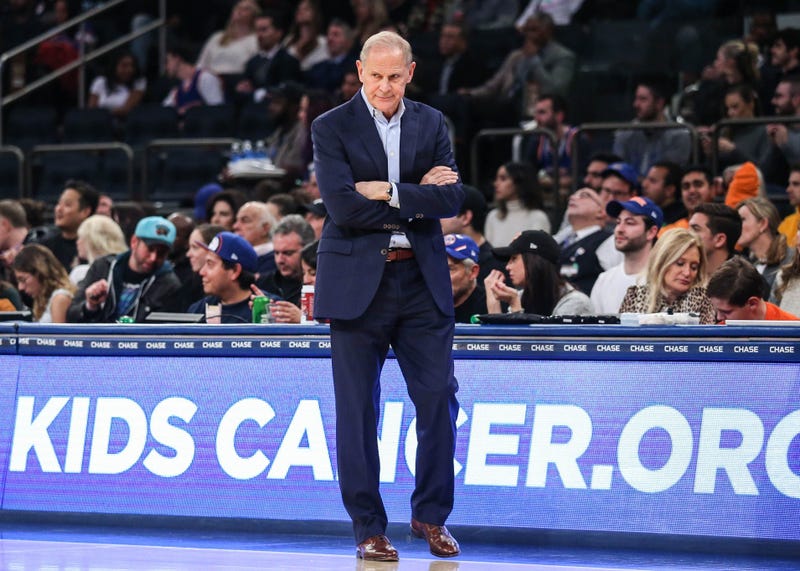 CLEVELAND, OH — The Cavaliers announced that John Beilein resigned from his head coaching position on Wednesday.

“Over these last nine months, I have given my all to this organization, but after much reflection, I have decided that it is best that I step back and resign from my position as head coach of the Cleveland Cavaliers and assist the organization in a different capacity,” Beilein said in a statement. “This was a very difficult decision for me, but I want to be clear — this was my decision to step down and I truly appreciate the understanding and support of the front office during this time. I find losing very challenging and this year has taken a much bigger toll on me than I expected.

Associate head coach J.B. Bickerstaff will take over for Beilein.

“I also would not be doing this now, during the season, if J.B. Bickerstaff was not ready and capable to assume the head coaching role immediately and continue the rebuilding process that we have started,” Beilein said.

Bickerstaff, 40, joined the organization last offseason after going 85-131 as head coach of the Rockets and Grizzlies. He becomes the Cavaliers' fourth head coach since Oct. 2018.

The Cavaliers had their first post All-Star break practice on Wednesday night. They play the Wizards in Washington on Friday.

“John Beilein is one of the more accomplished basketball coaches in the history of our game and while it’s unexpected, we understand and respect his decision to step down as head coach of the Cavaliers,” general manager Koby Altman said in a statement. “I was excited about the development of our young players, who have all shown growth and maturity under Coach Beilein. We are thankful for the time he spent as head coach with the Cavaliers and are looking forward to his continued contribution.”

Altman signed an extension with the Cavs in November. The 37-year-old was a big part of the coaching search that led them to Beilein.

“The NBA is a unique business that sometimes requires aggressive risk-taking on important long-term decisions to move a franchise forward and ultimately compete for championships,” Altman said. “I would like to thank the incredible fans of the Cavaliers for their support in both good and challenging times. Building a strong culture will continue to be the top priority here at the Cavaliers.”

Beilein is expected to remain with the Cavs organization in a different capacity. His role hasn't been determined.

news
Sahara dust storm will make its way to US by Friday
news
Biden gifted Putin aviator sunglasses and a crystal sculpture of an American bison after summit
music
The Reel Buzz: ‘The Hitman’s Wife’s Bodyguard,’ 4 Father’s Day films and 11 other movies to watch this weekend
music
Cold War Kids' Nathan Willett gives us a preview of 'New Age Norms 3' and their return to the road
music
Run That Back: For Us, About Us, By Us
news
Juneteenth becomes a national holiday